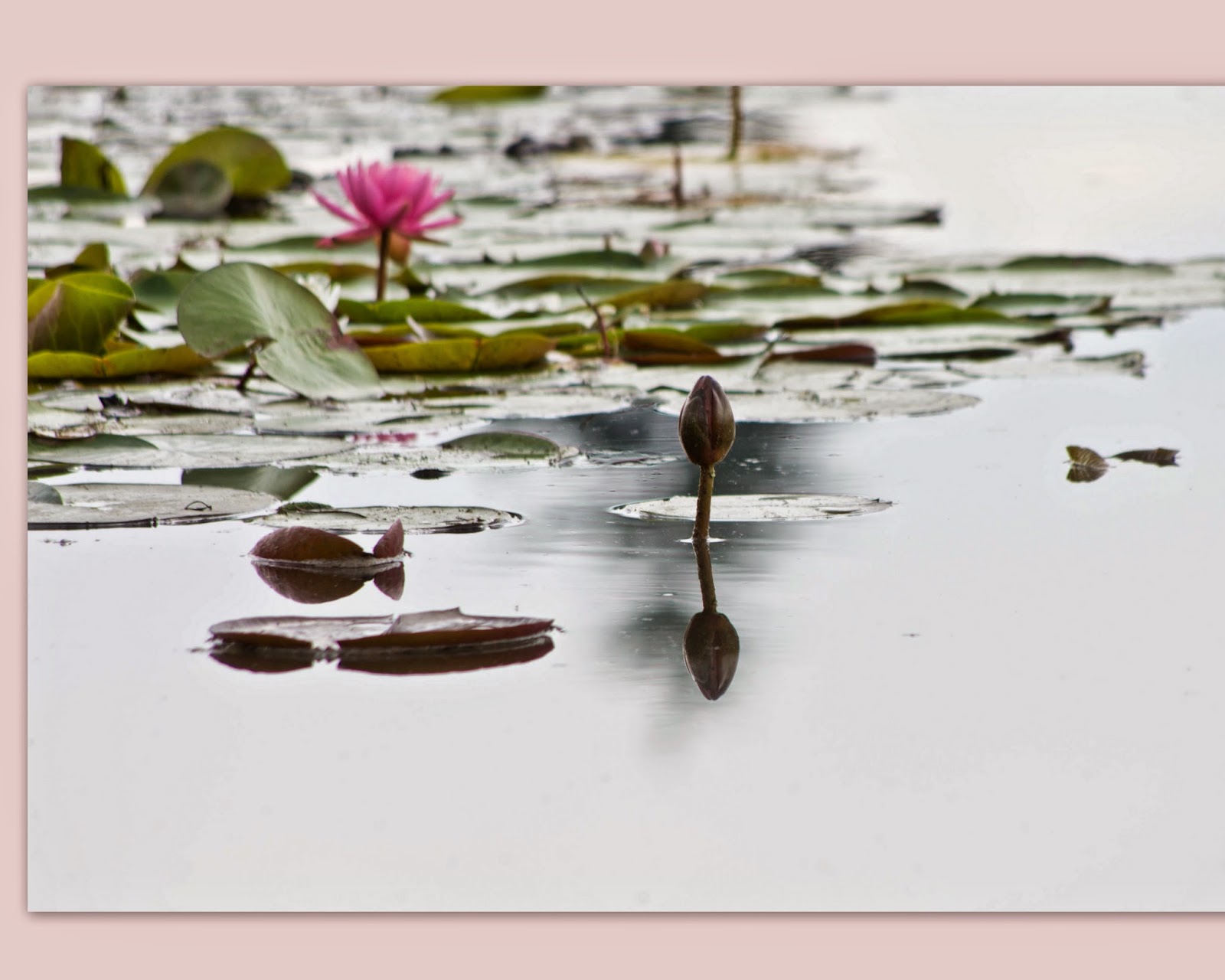 A few of my favorite lake shots. 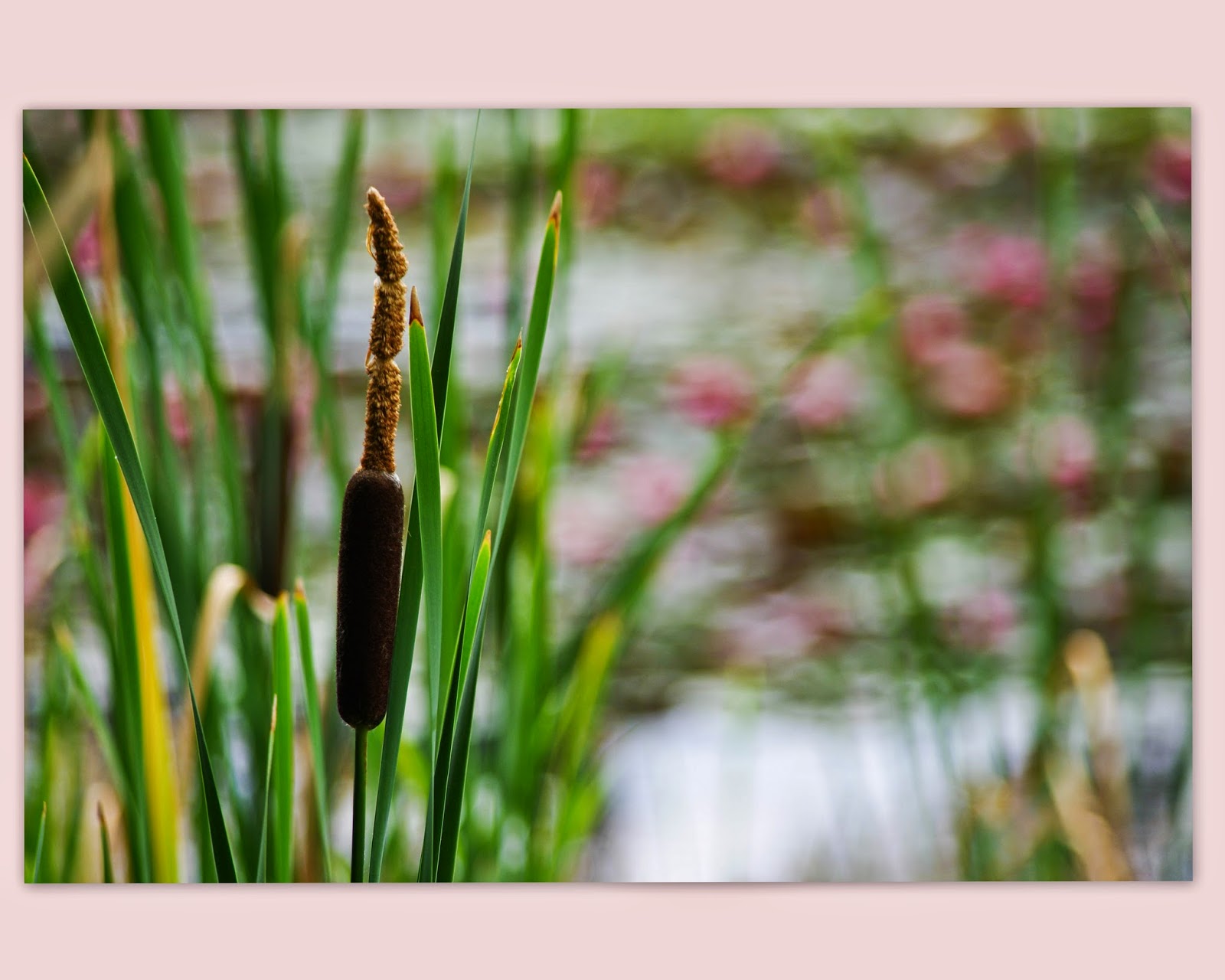 I have not seen the Kingfisher since the one shot I posted a couple of months ago.  I go to that same place and wait and wait, but just have not been there at the right time. Finally he showed up in the middle of a downpour that I got drenched in.  So worth the drenching to get to see her again. 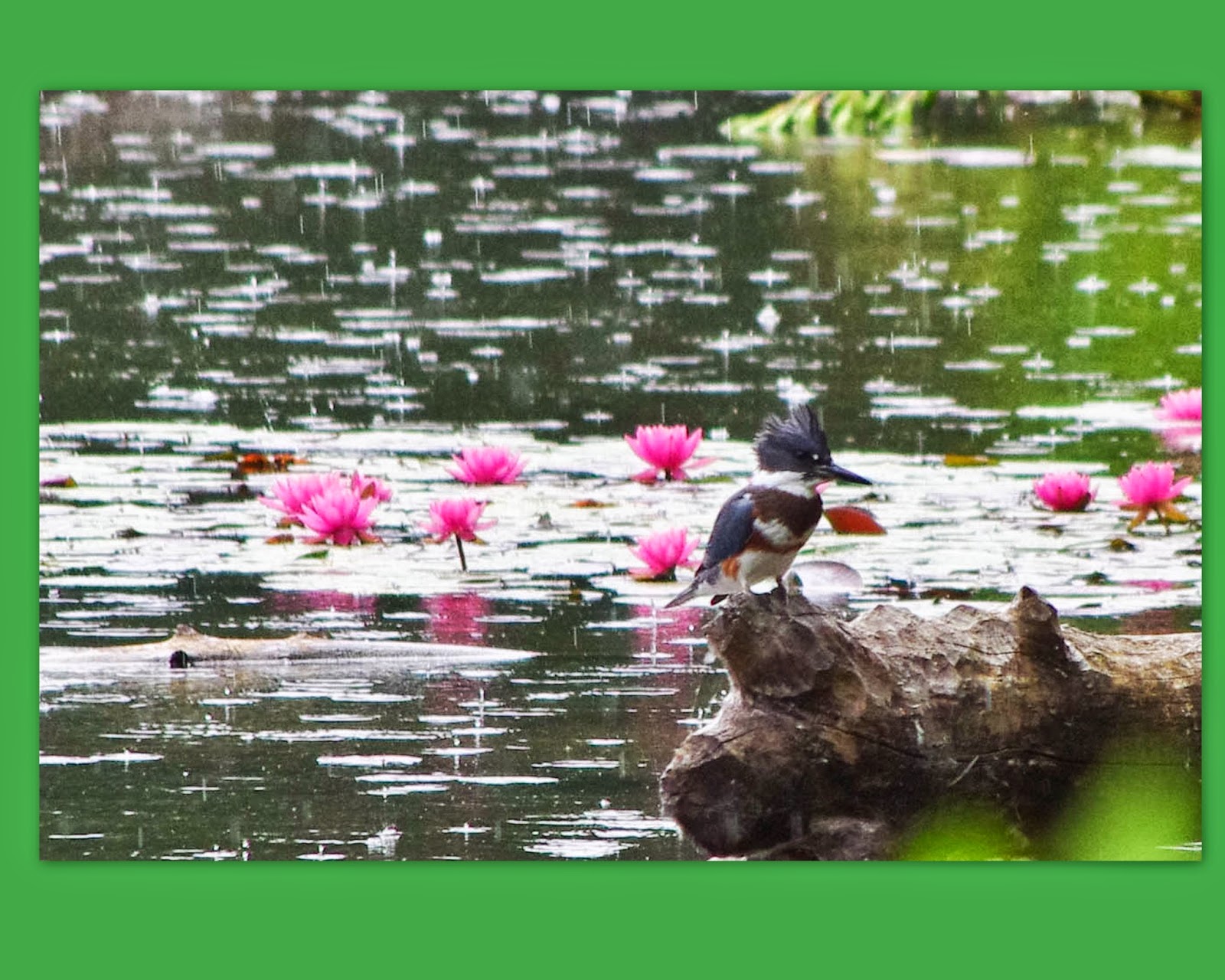 Now that my ankle is fully healed, we have picked up where we left off when I fell and broke it last September.  So far we have done Elowah Falls, McCord Falls, Lancaster Falls, Hole-in-the-Wall Falls, Cabin Falls, Starvation Falls, and Wahclella Falls.  McCord and Cabin Falls are not in the collage.  They were pretty small and not worth adding in.  Wahclella was the most gorgeous of all of the ones we have seen this far.  It is the one on the bottom left.  I think it is right up there with Multnomah and Punchbowl Falls. 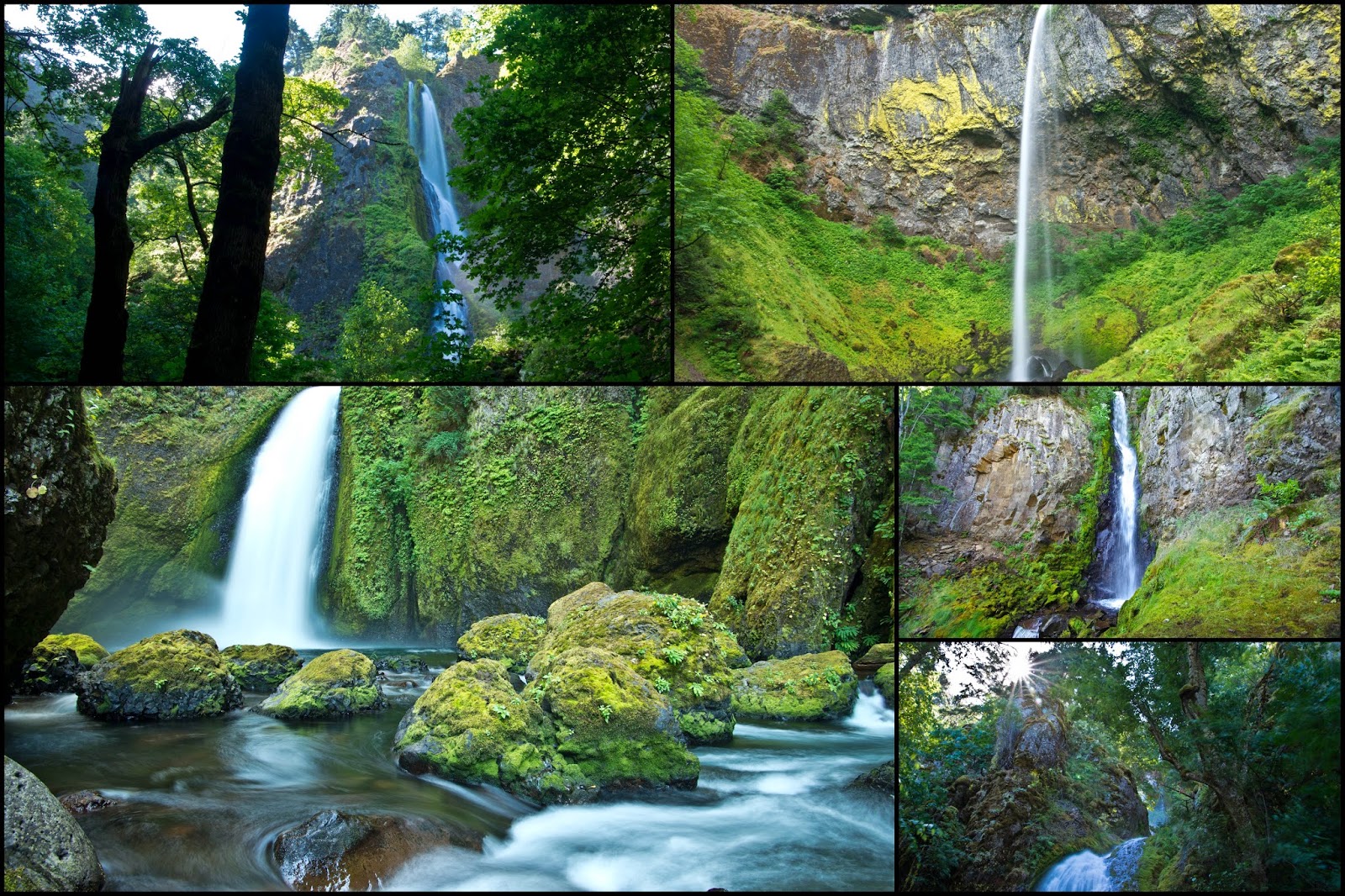 Along the trail we spotted this sign.  That is John checking it out.  Pretty giant ant hill, huh? 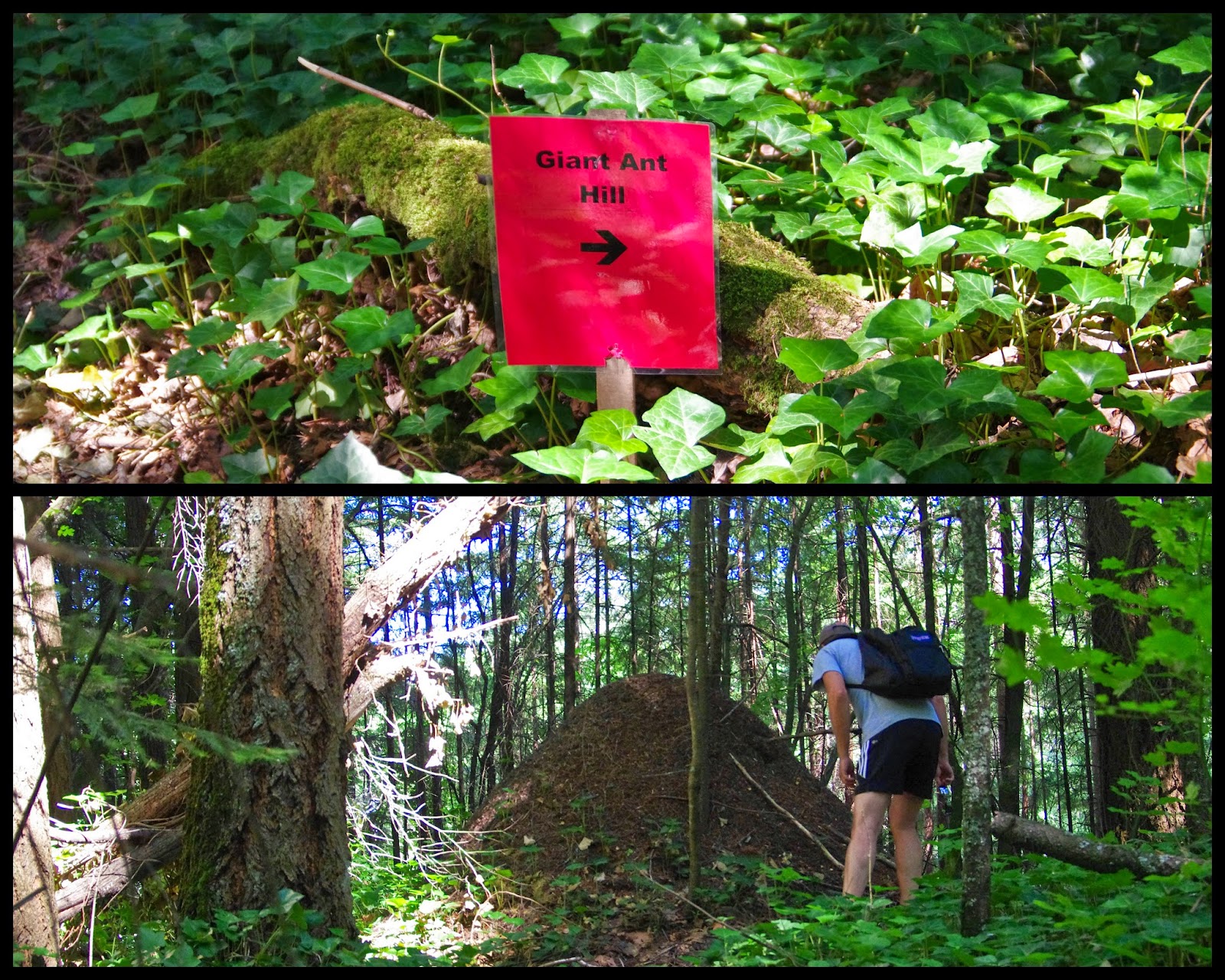 I continue to see different birds at the lake.  I now have found a couple of vultures.  It was pouring rain one day when I spotted them hunkered down in a tree.  The bottom left is an osprey I spotted carrying a huge branch I had watched him break off and head out with. 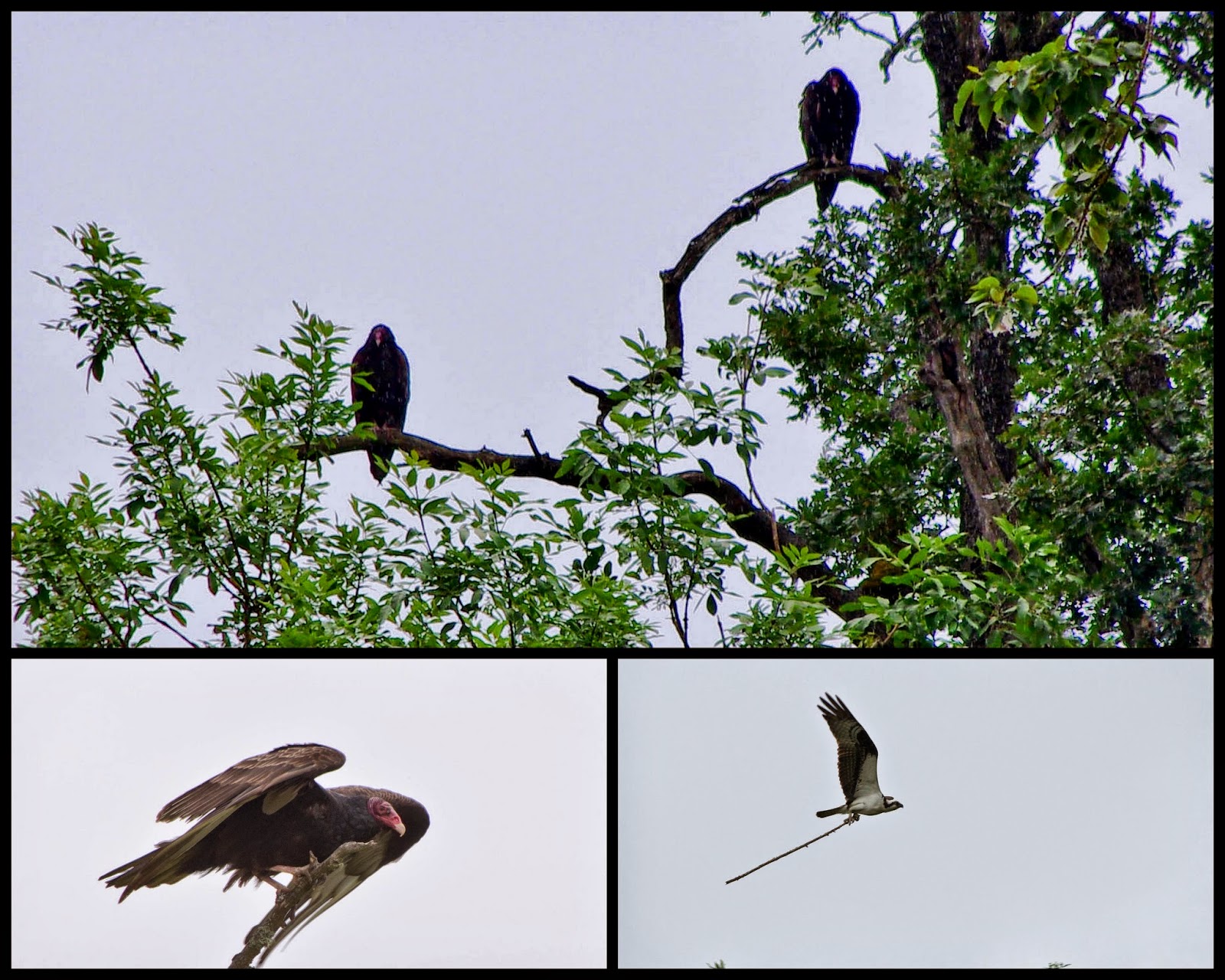 These frog shots make me smile. And then there are the bugs. 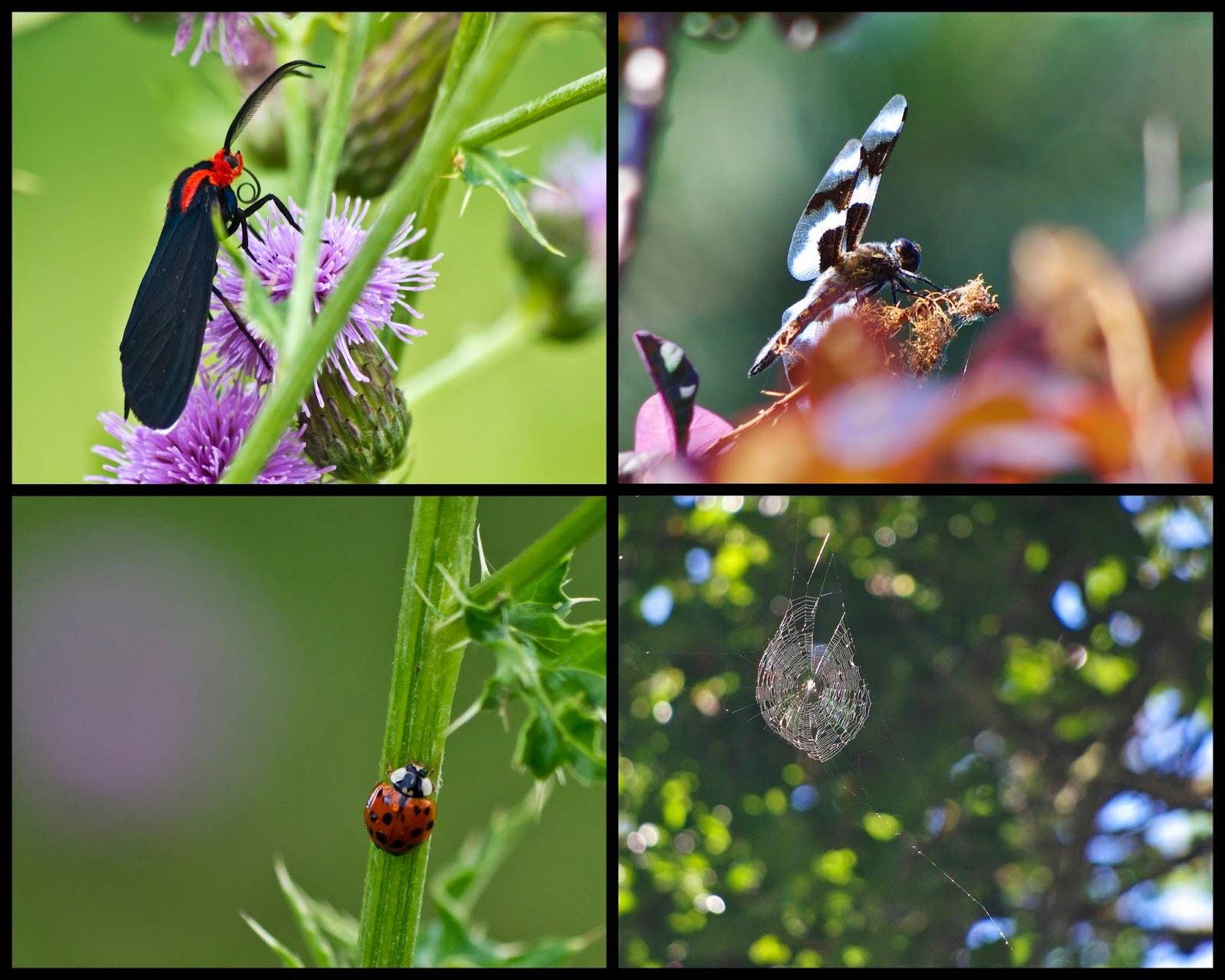 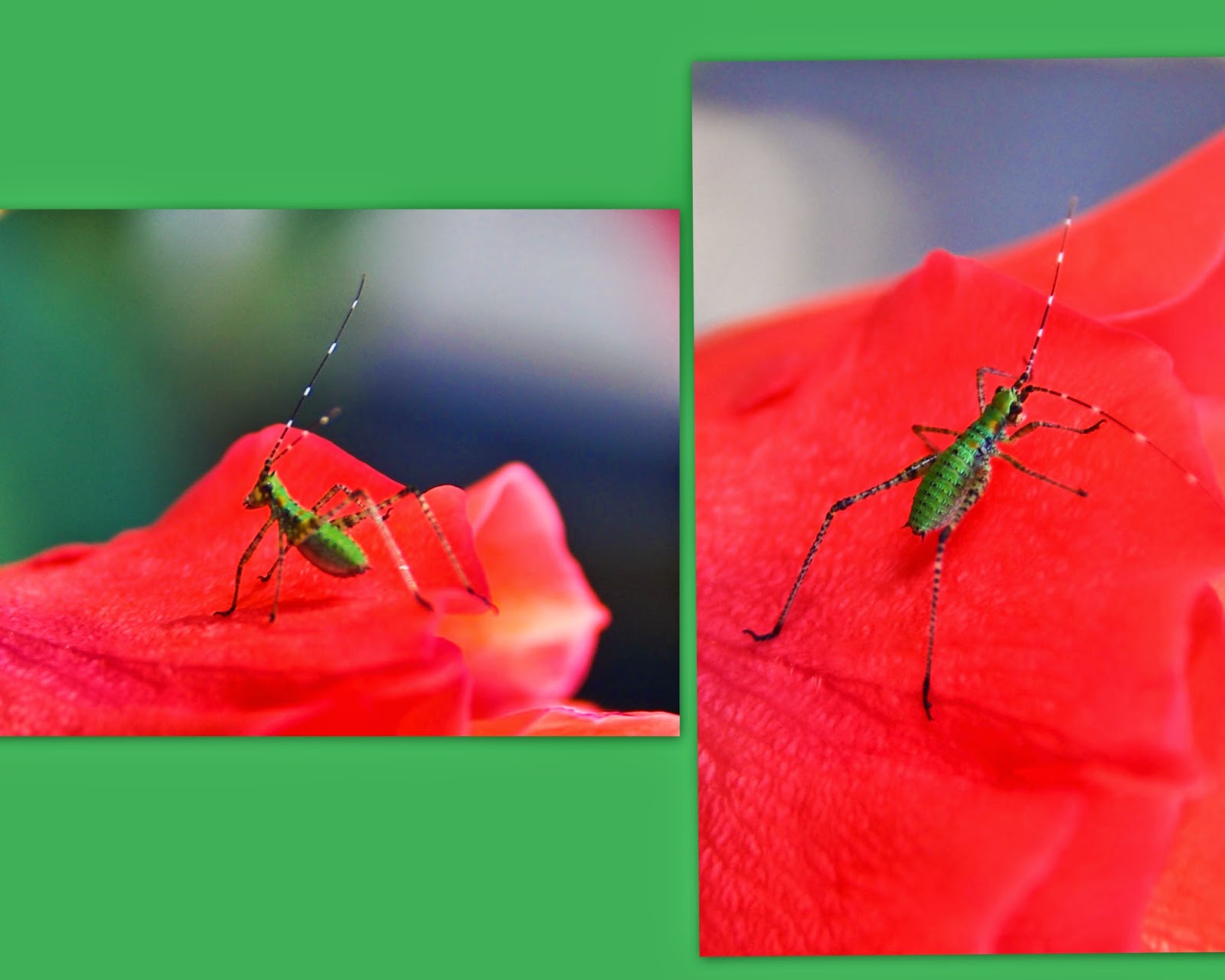 The skunks have made their appearance.  The mama one on the bottom was coming across a field bigger than 3 football fields.  But she looked kind of weird. Her tail was so long!  As she came closer, we discovered that she had 3 baby skunks following along under her tail.  She took forever to cross that field, one, because it was such a big field, but two, because she kept stopping every few steps to turn around and see if they were all there.  Then she would take a few more steps and look again.  Finally she made it to some brush and was out of sight and safe.  The baby up on top was from another day...no mama in sight. 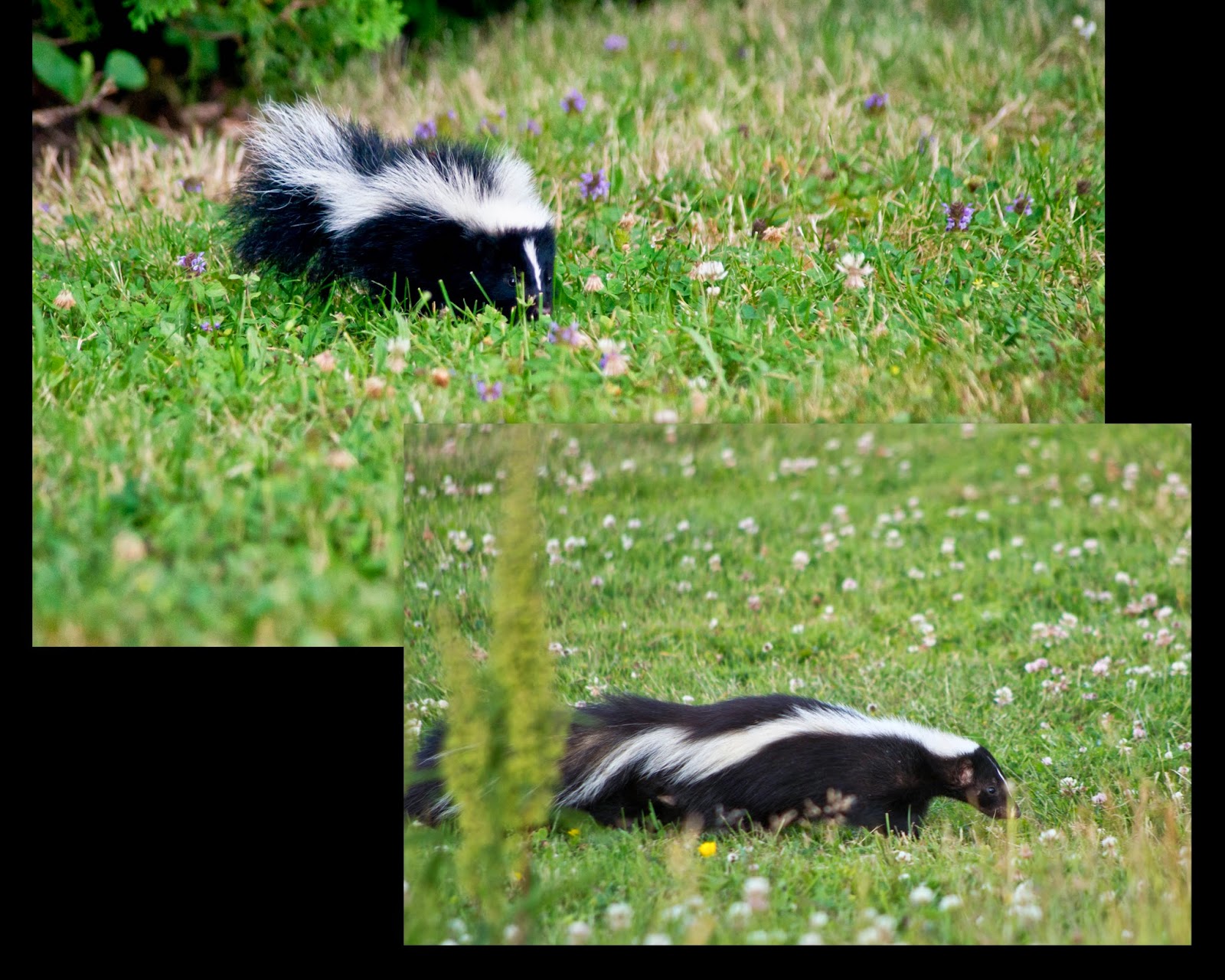 The squirrels that visits my feeder are pretty entertaining.  First there was only one, then I noticed that a smaller one was there.  One day, she spent the whole day going from the feeder to the trees, then down the branches to the rooftop of the shed, then would repeat it all the while her young one would follow along.  Sometimes he would fall to the ground as he tried to leap behind her.  She would go to the ground and begin it all again with him behind her. I have never seen it happen before, but I think she was teaching him the way to get around and where the food was. 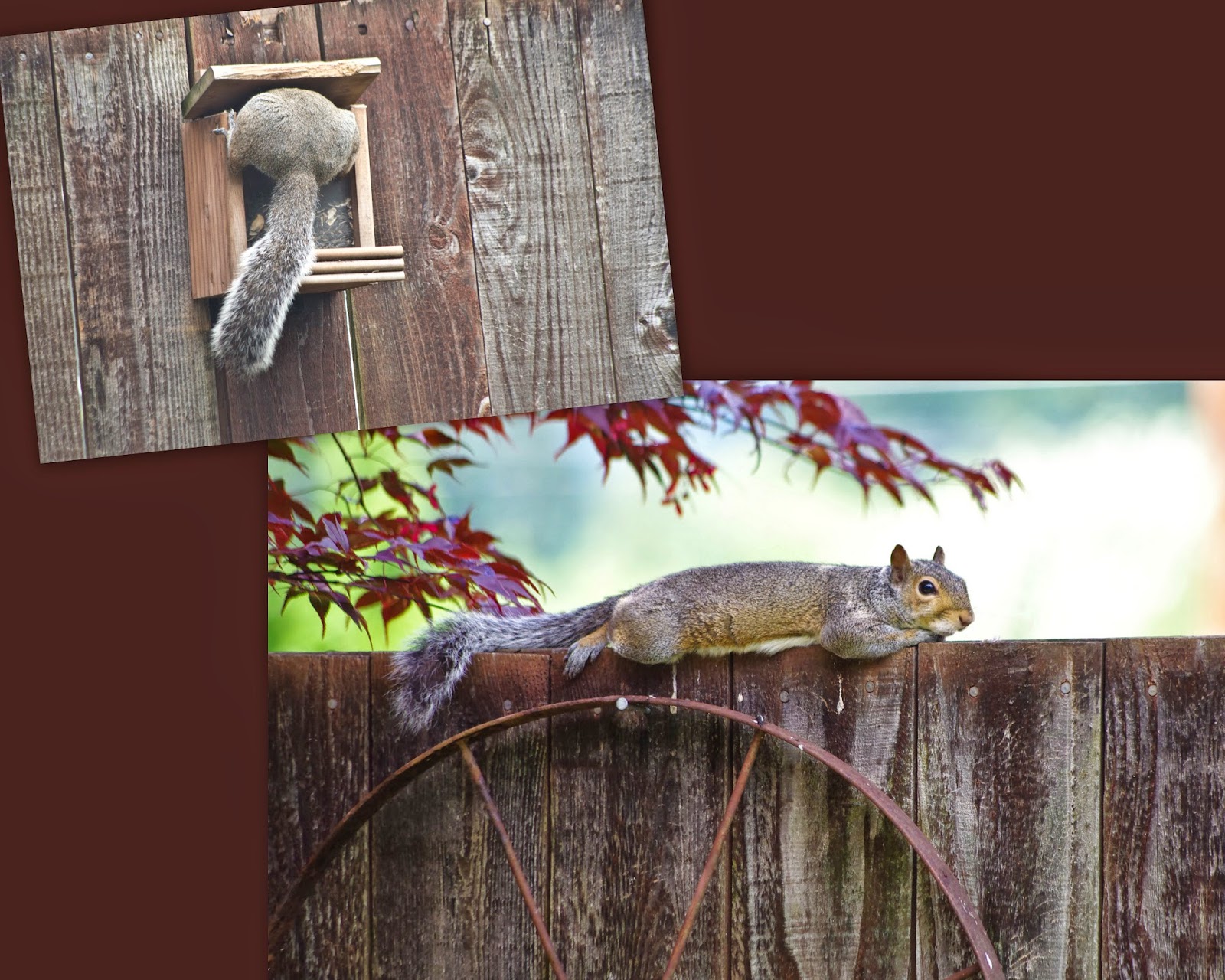 Baby squirrels are not the only ones being trained for real life out of the nest.  The birds have brought back their young and are teaching them to eat.  It just looks so funny to see a bird the same size as the parent hunker down and open wide and wait for a drop of seed to be placed in its mouth. 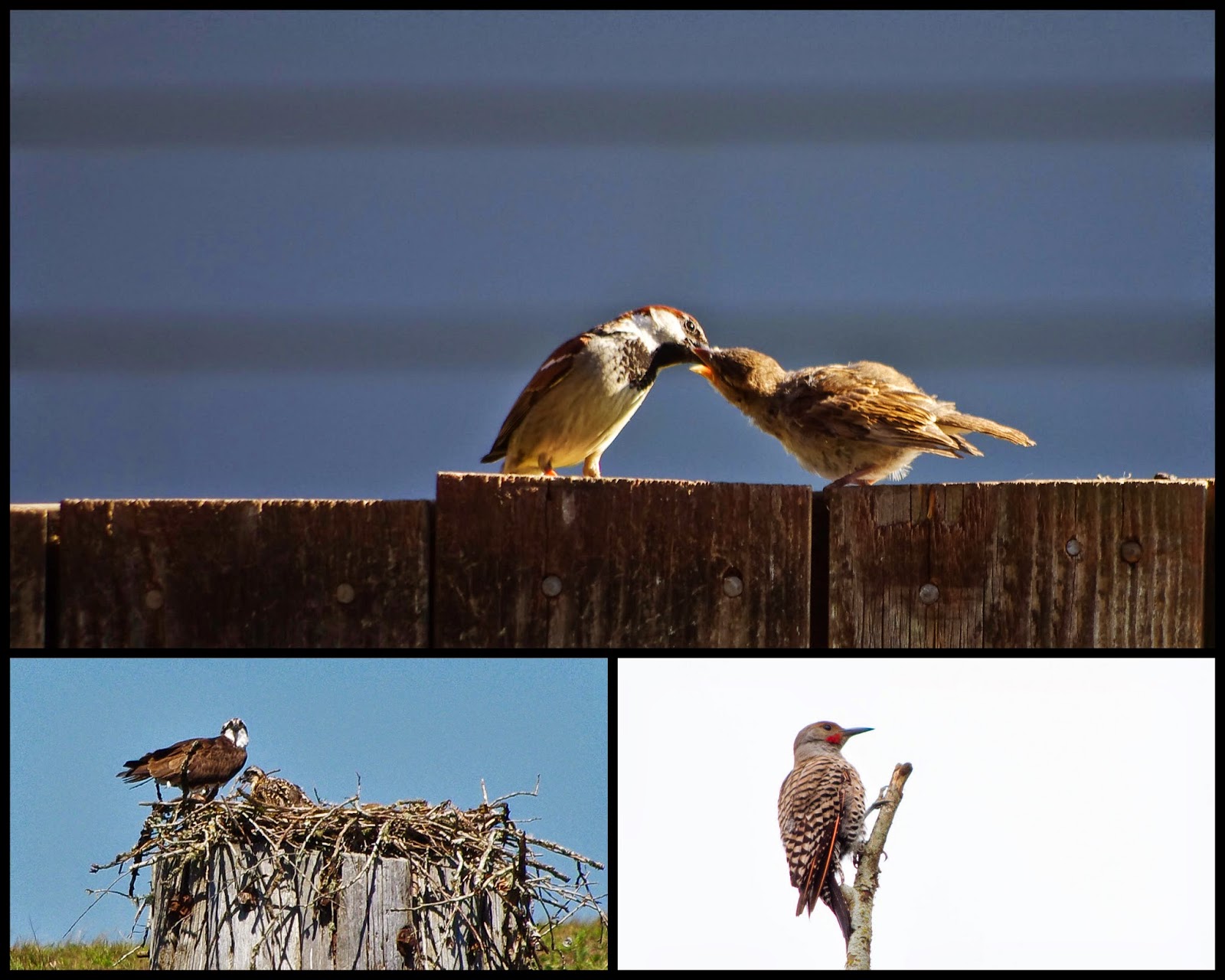 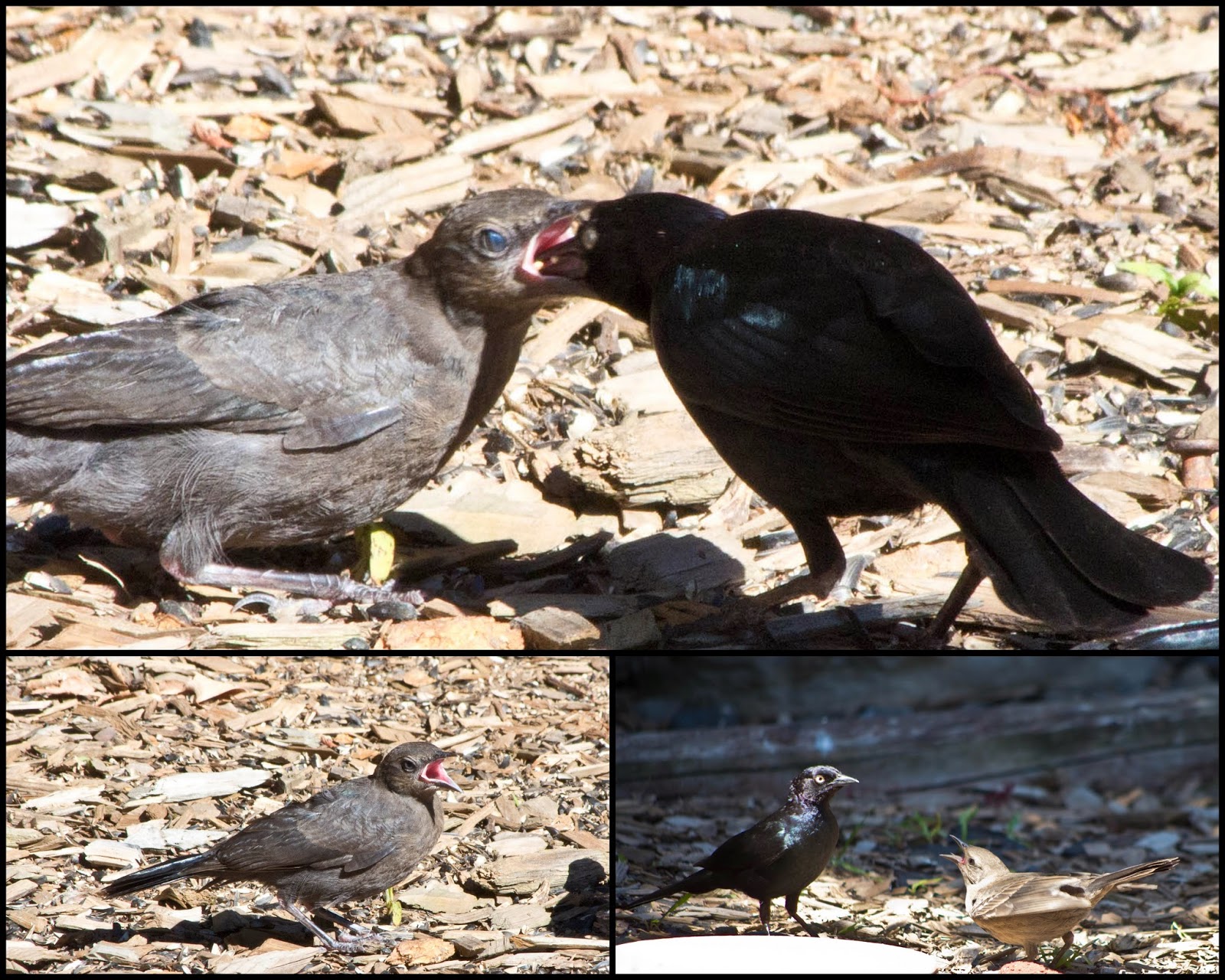 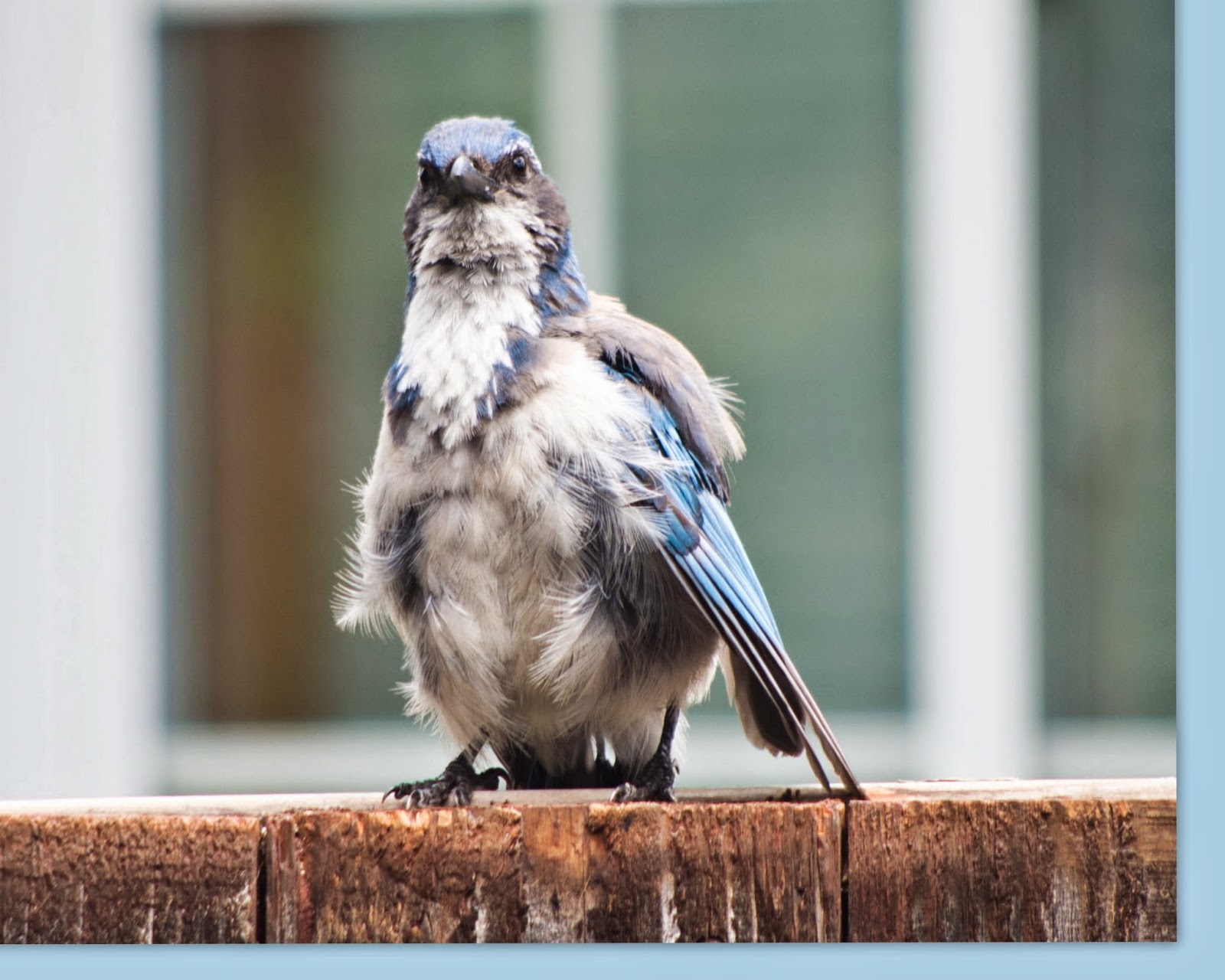 Jessi asked us to go to the zoo with her last week.  She has a zoo pass, so goes pretty often.  It is fun to just take a relaxing stroll to see what is out.  Since they go pretty regular, the kids have gotten to know which animals are their favorites and there is no rush to try to get it all in before they have to get home. 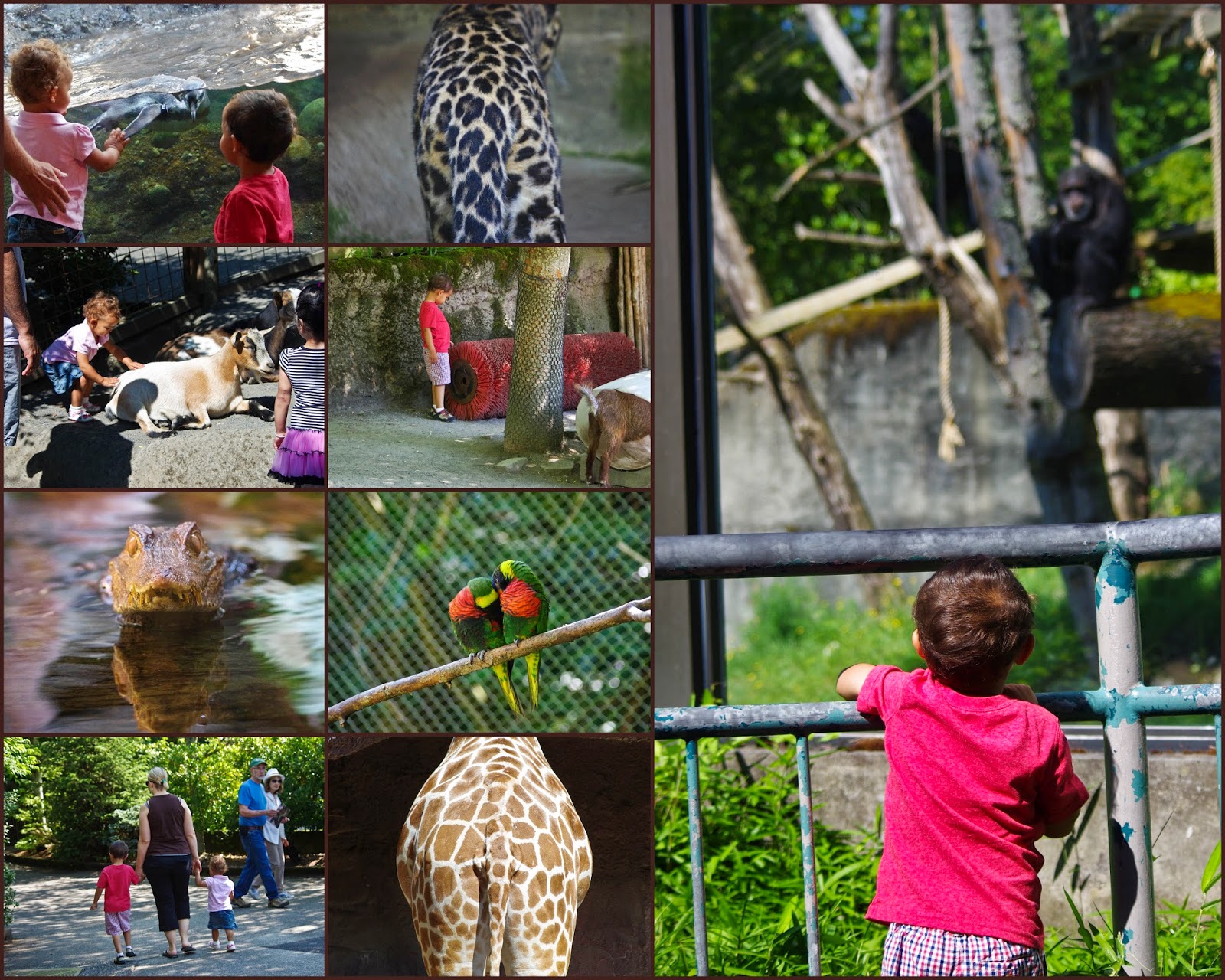 Just after school let out, Rachel and Emily flew off to study Spanish in Costa Rica.  Joshua got to stay with us a couple of days.  Here is a shot of him with a turtle we found down at the park.  One that Emily sent from Costa Rica, A shot of Joshua as he landed with Aunt Cyndi and Uncle Dan after flying here from Salem in their plane.  And a group shot once Emily and Rachel made it home from their 3 weeks away. 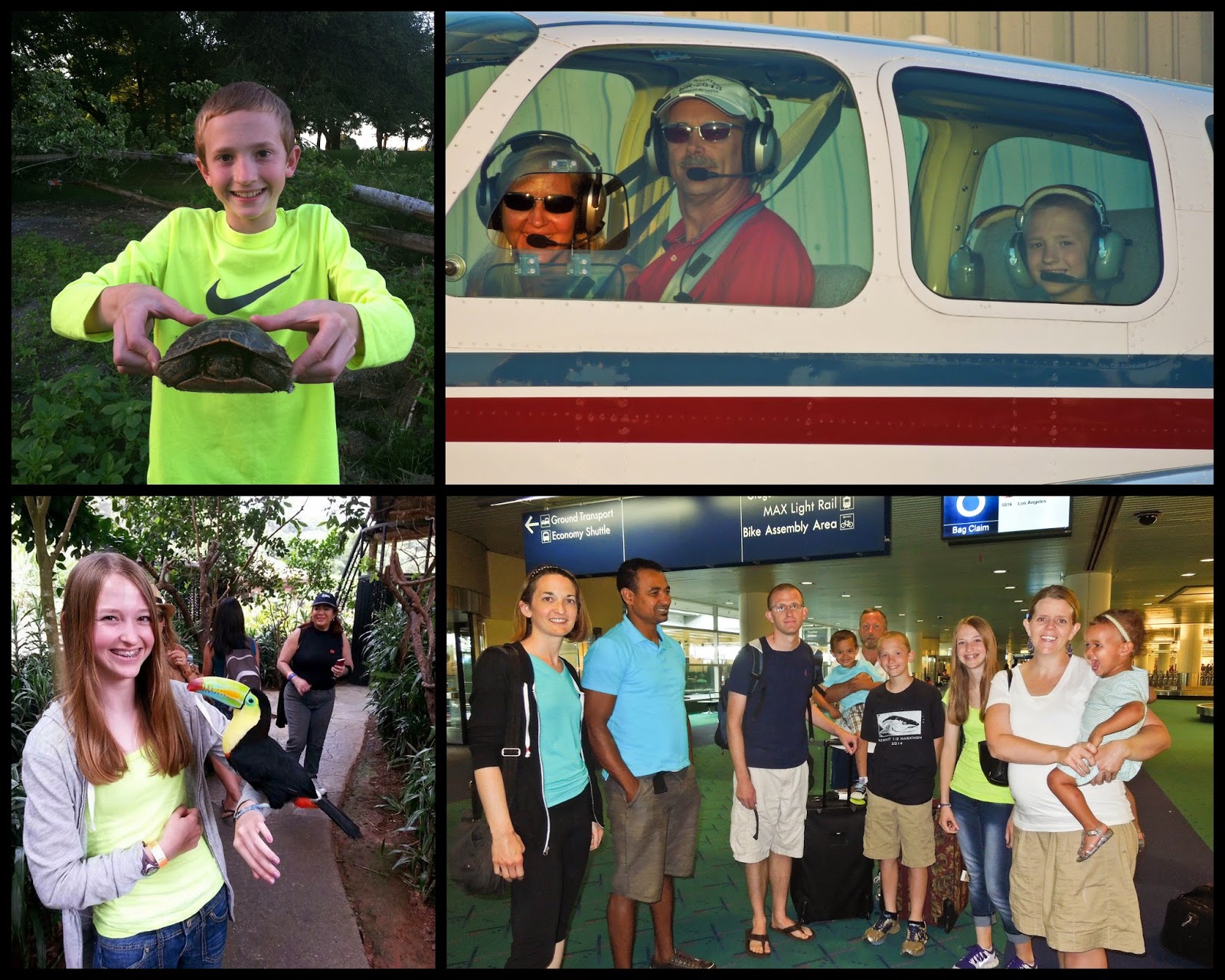 Jessi and Arianna and I went out and picked some raspberries.  A first for Arianna.  Also I have enjoyed watching Josiah and Arianna at their swimming lessons.  I didn't have my camera with me at her lesson, so don't have one of Arianna at her class yet, so only have one of Josiah to post.  Josiah was acting goofy for the camera.  Both kids have loved their classes. 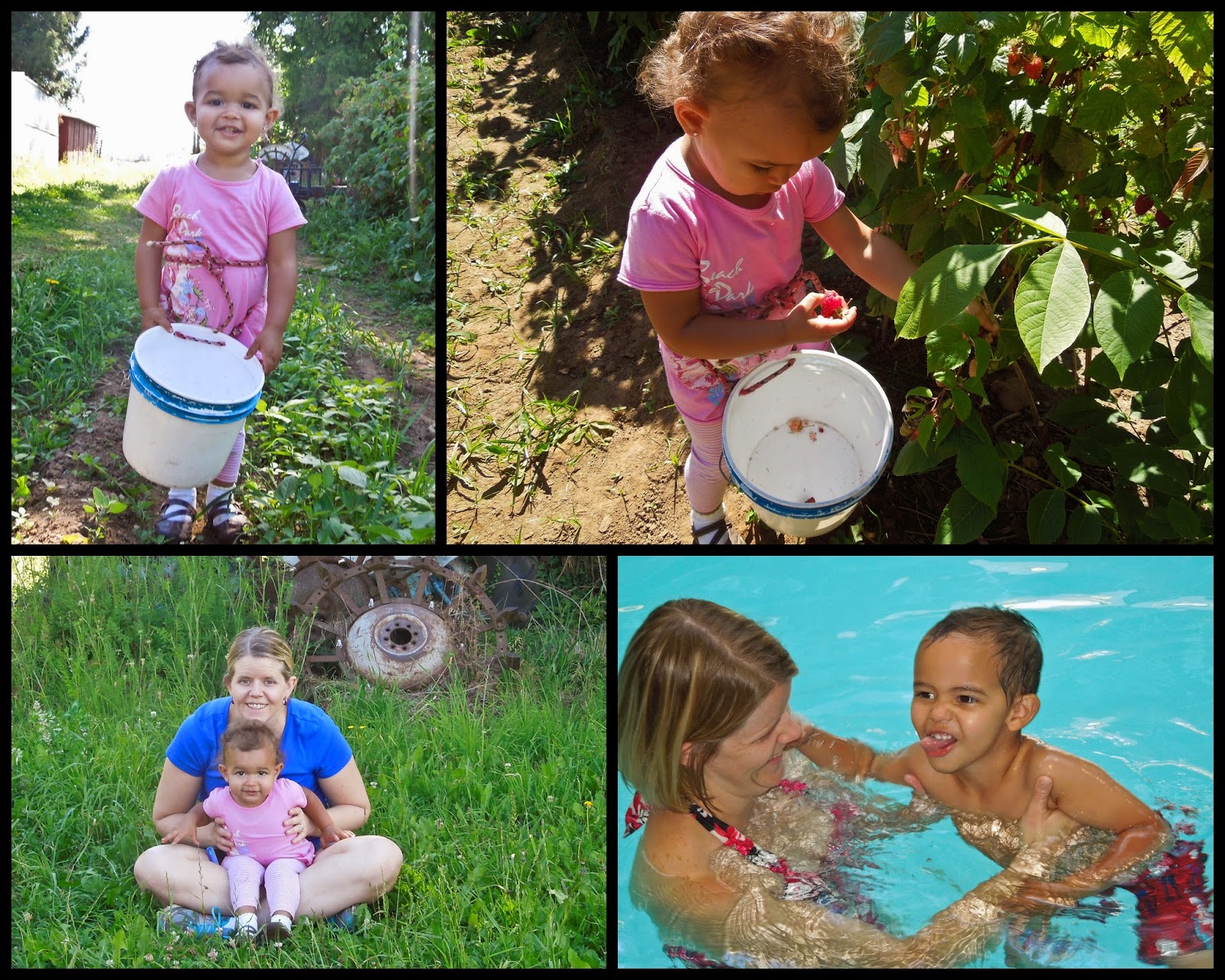 The fountains at Blue Lake.  I just love that it is practically in our own back yard. 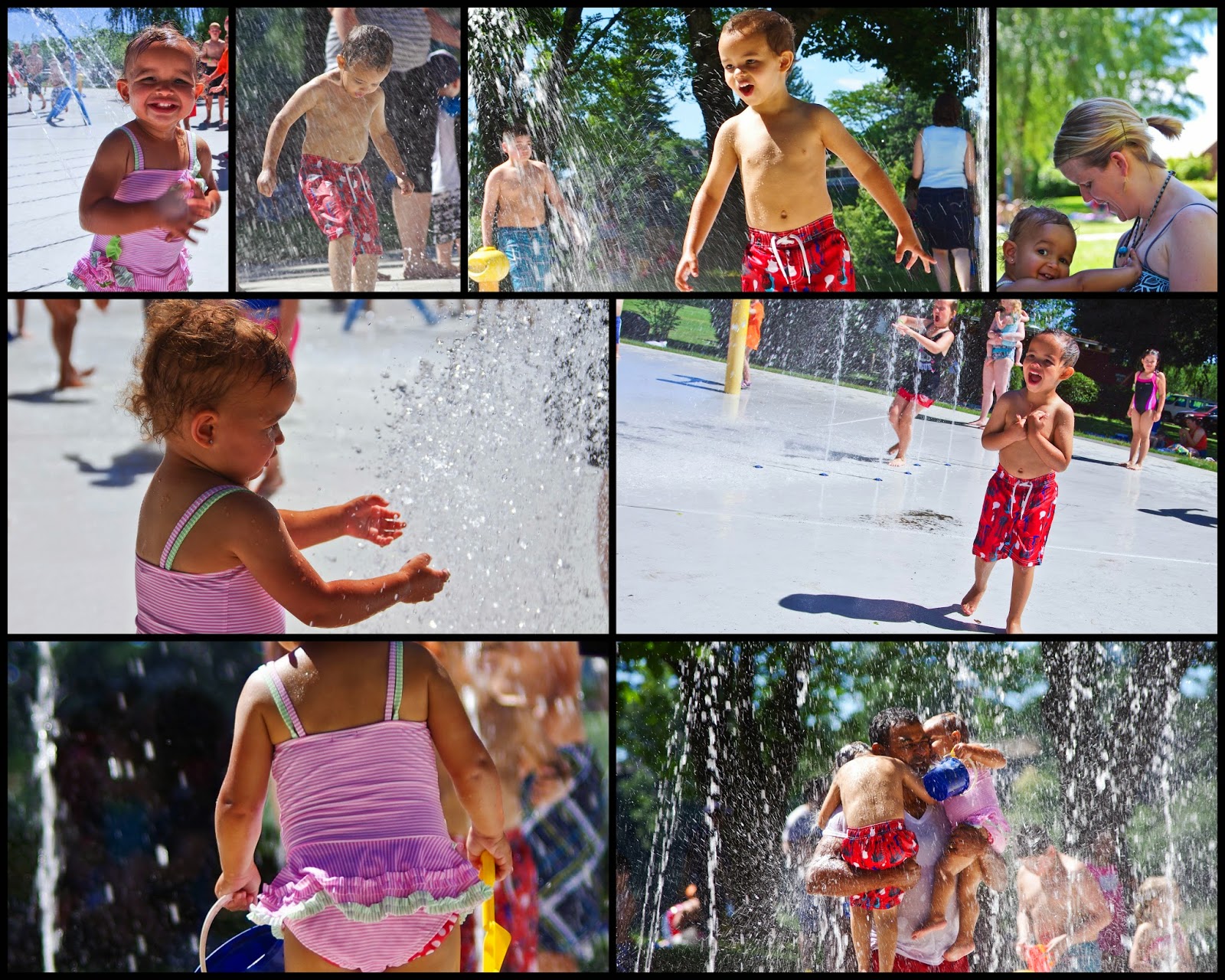 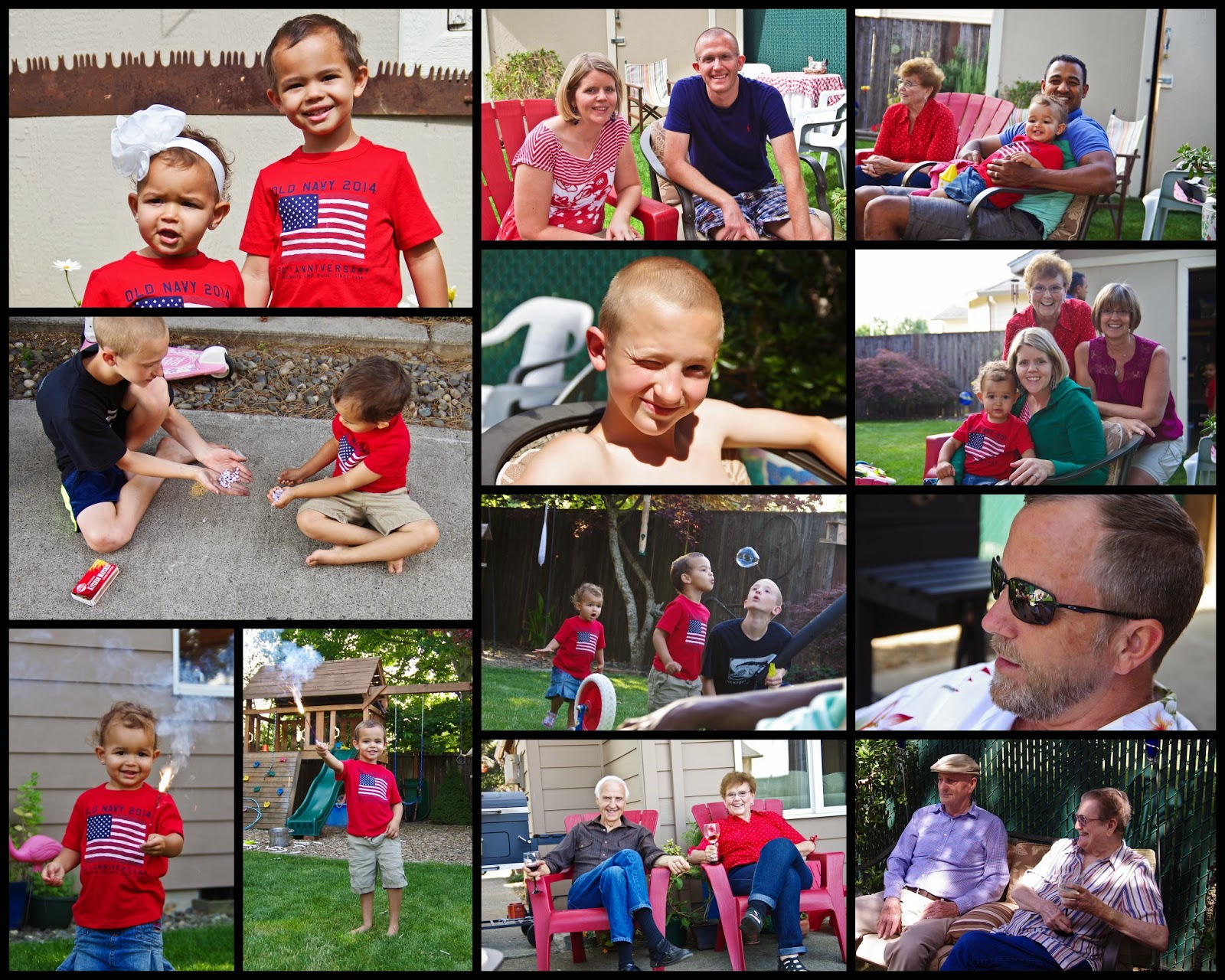 We had a barbecue here at our place with the kids, grandkids, my parents and John's parents.  I made my ever popular ribs.  But those of you who know me, know that I love cake, so the cake gets its own photo.  It was a new recipe. 6 layers!!  Now, White Cake is my favorite, so I really wanted to make a white cake with maybe some raspberry filling.  Nice and patriotic.  But once I saw this recipe, I knew I had to give it a try.  It is a chocolate cake, the liquid in the recipe is dark coffee.  Sounded interesting.  Well, it was so good!  But the best part was the filling...toasted marshmallows!!!  Seriously!  I toasted them in the oven, then mixed them in with the other ingredients, one being marshmallow creme.  It was outstanding!  You could taste little bits of the toasted part along with the cake.  I for sure will make this recipe again! 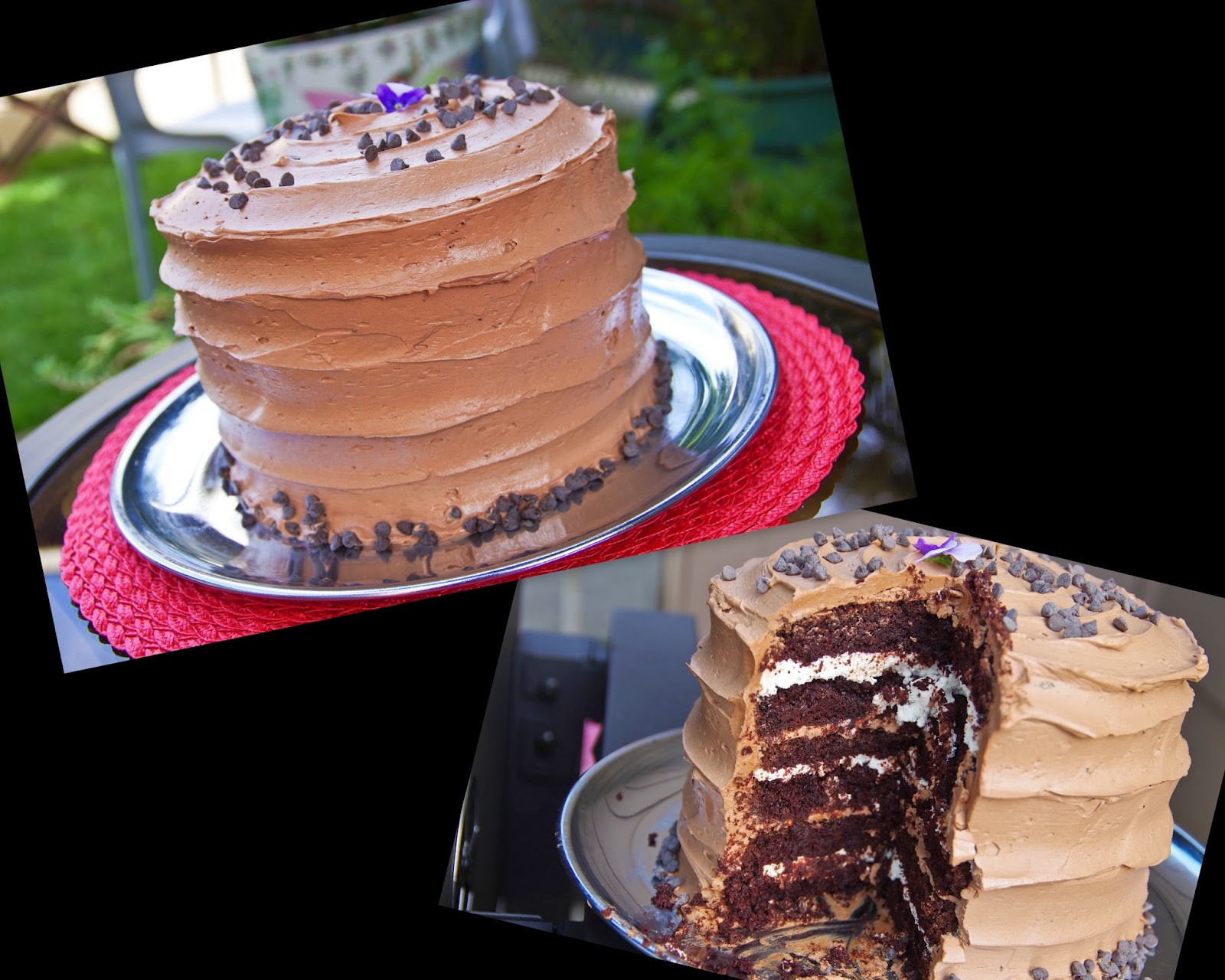 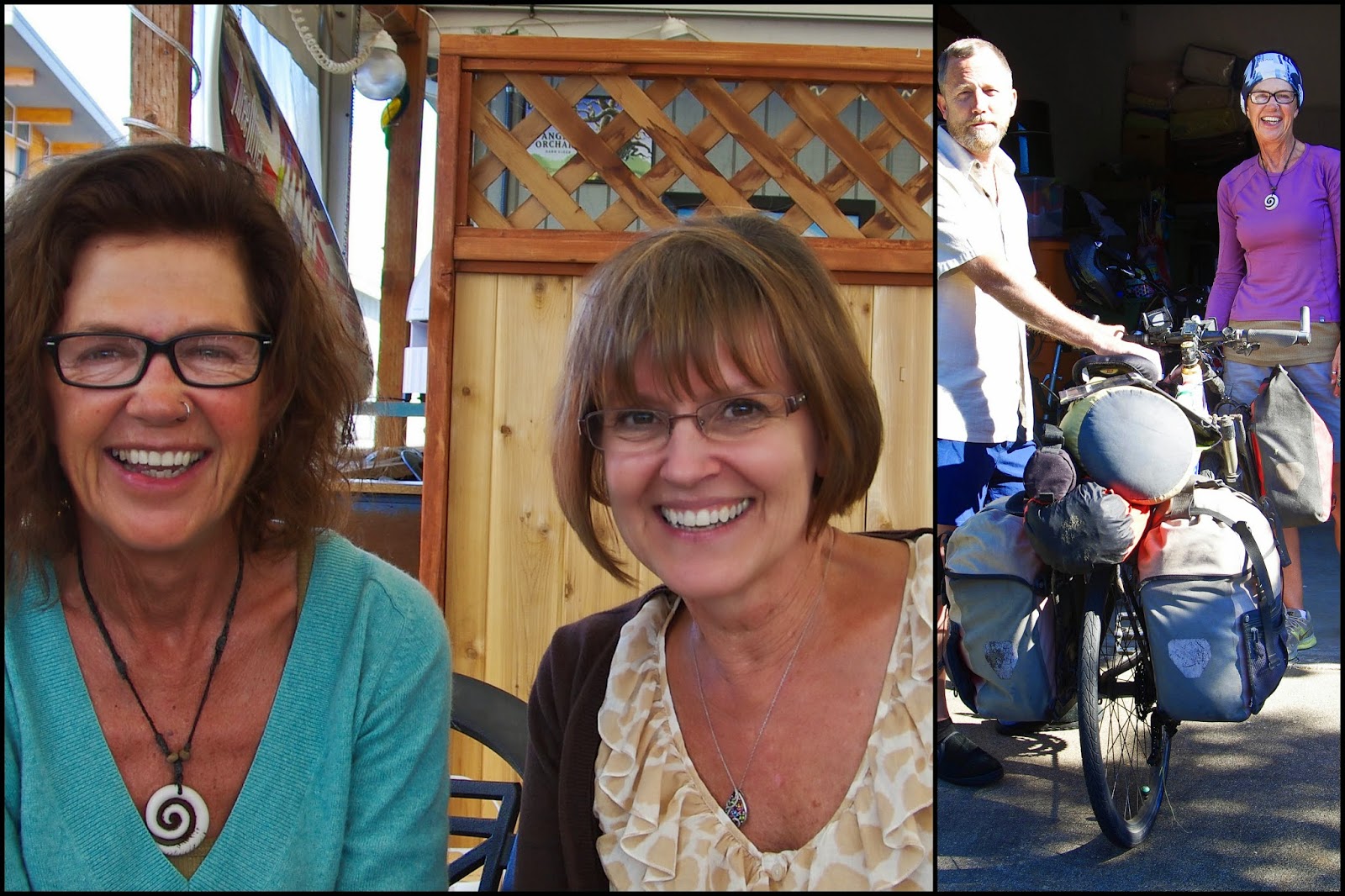 I had a crazy week!  So much happened all at once.  I post photos on a site called 365Project.  You post a photo a day.  Other people post photos and we comment back and forth on each other's photos.  I have met so many interesting people there.  Well, this one woman, Leana, is from South Africa.  7 years ago, she got rid of everything except her bike and took off touring.  She never expected it to last this long, but she has been riding all over the world.  It just so happened that she posted a photo of Seattle!  I wrote her a private note inviting her to stop on in if she came this way.  It didn't work out, her planned route was Hwy 101 along the coast.  But once she arrived in San Francisco, she decided to go to Canada.  So she made her way back to Seattle to try and obtain her visa into Canada.  It got complicated, and she needed to wait 3 weeks for it!  So plans changed and she decided this would be the time to do her tour across the USA.  Which meant she headed back to this area.  Which meant, she took me up on the offer of a bed, shower and laundry!  I was so excited to meet her.  Her stories of her travels were so fascinating.  She only stayed over a night and headed on her way, but it was such an honor to have her stop in.  If you want to know more about her, this is a link to her blog.
http://www.leananiemand.org.za

But as random as that was to meet Leana, Anita already had plans in the works, which just happened to be at the same time. 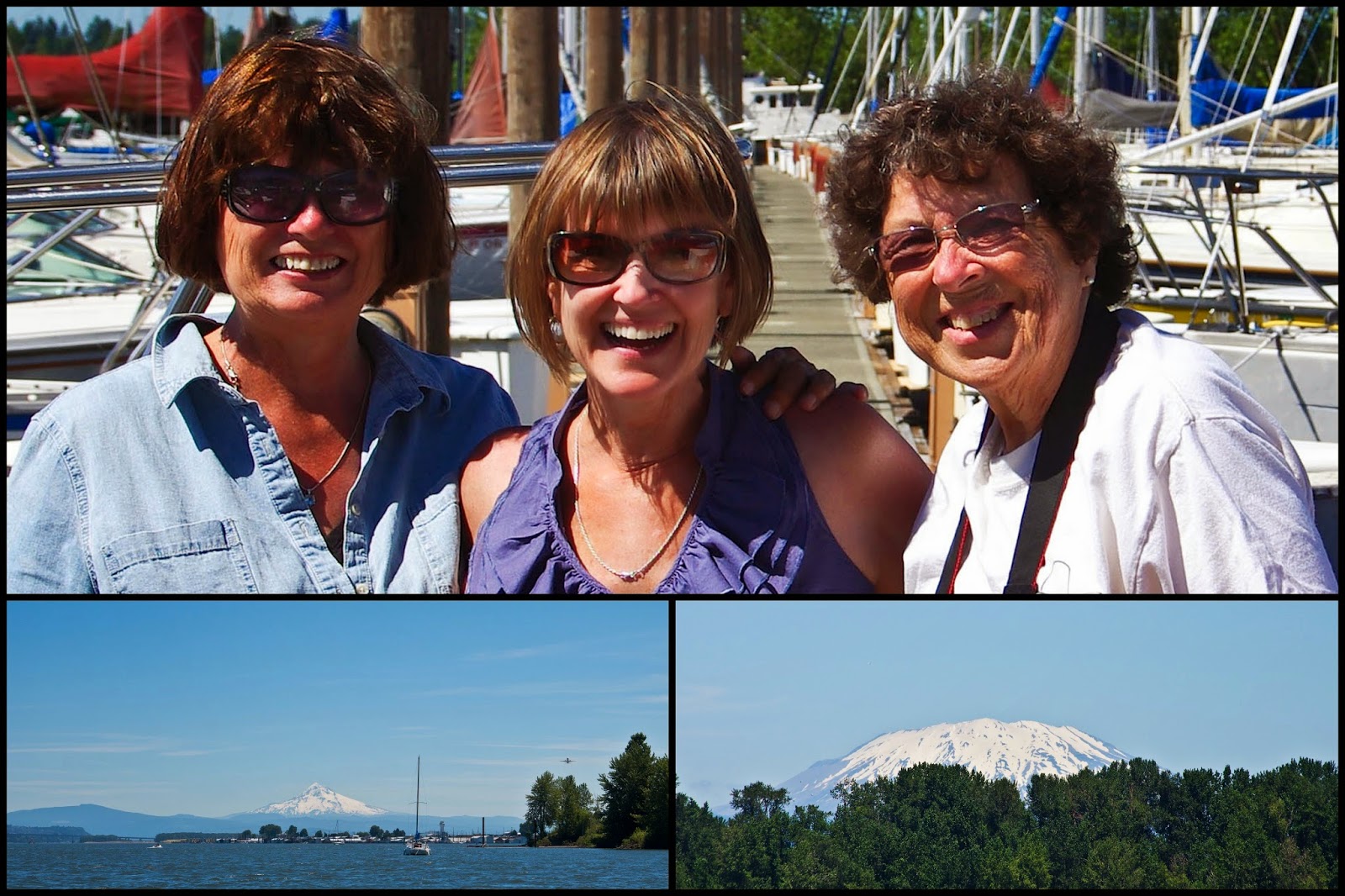 She was coming with her husband in an RV from San Diego.  So another 365er, Gena, planned a get together for us to meet up for the first time.  Gena is from the Salem area, but they have a boat docked here on the Columbia.  She arranged it for the 3 of us and our husbands to go on a boat ride for the afternoon.  It was such a fun day!!! 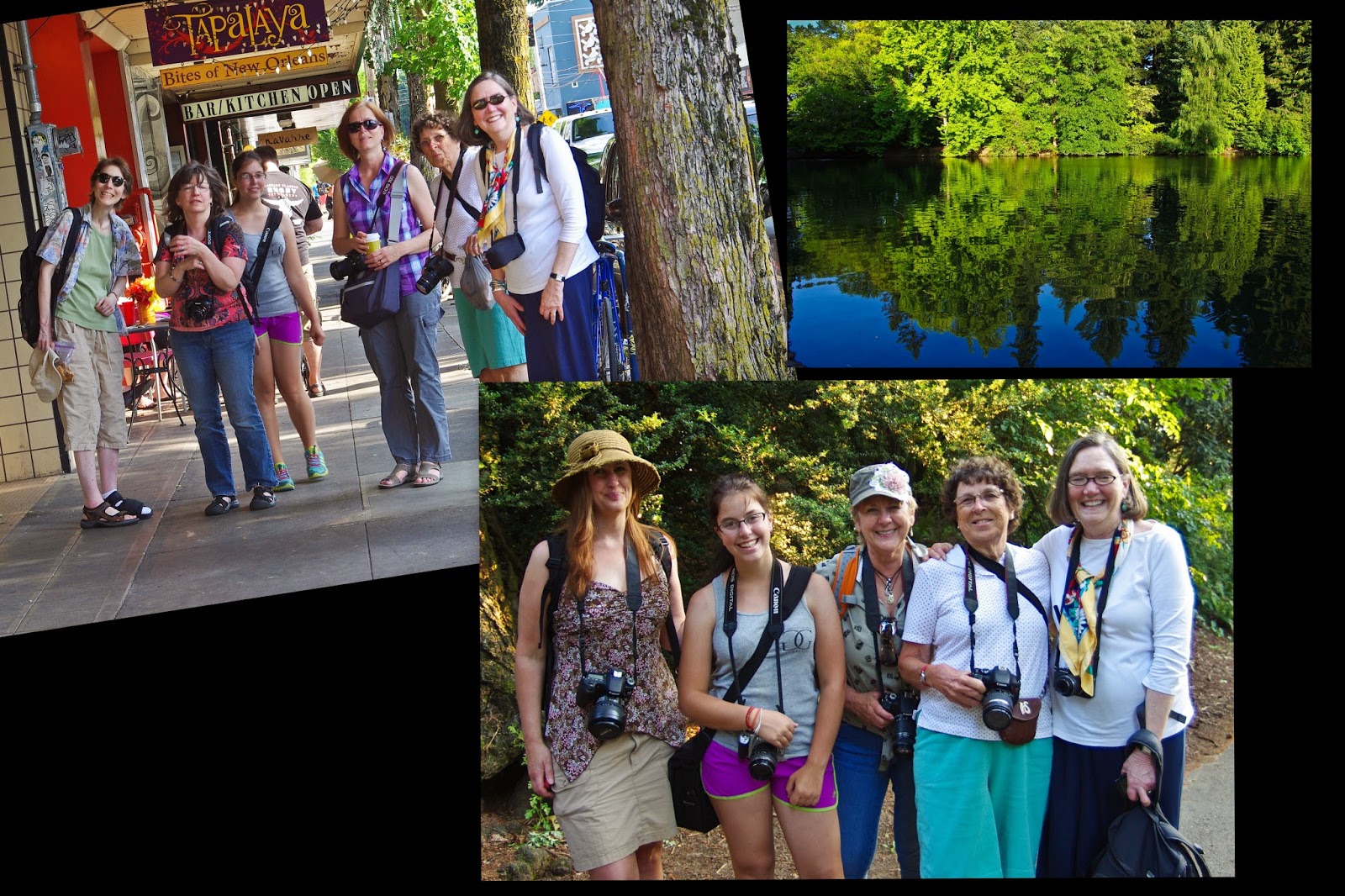 So because of Anita's trip to the area, the Portland area 365ers planned a meet up.  For most of us it was a first time meeting.  It was so crazy meeting up with these women that we have never met, but know so much about already!  We now have another meet planned for August. 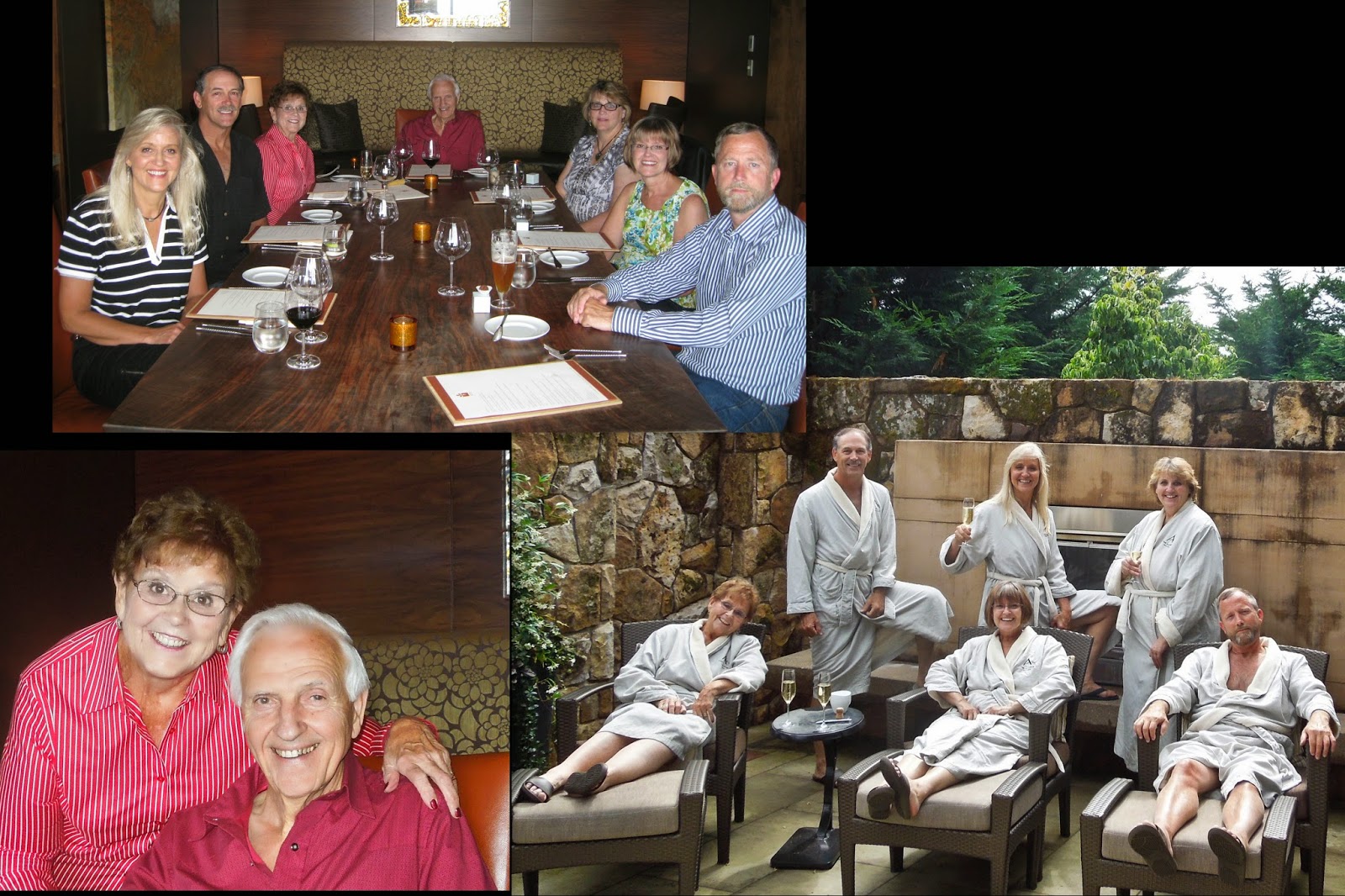 The Christmas gift to us girls from Mom and Dad, last Christmas was a massage and dinner at the Allison Spa in Newberg.  We had a great time and a dinner that was top notch in our own private room. 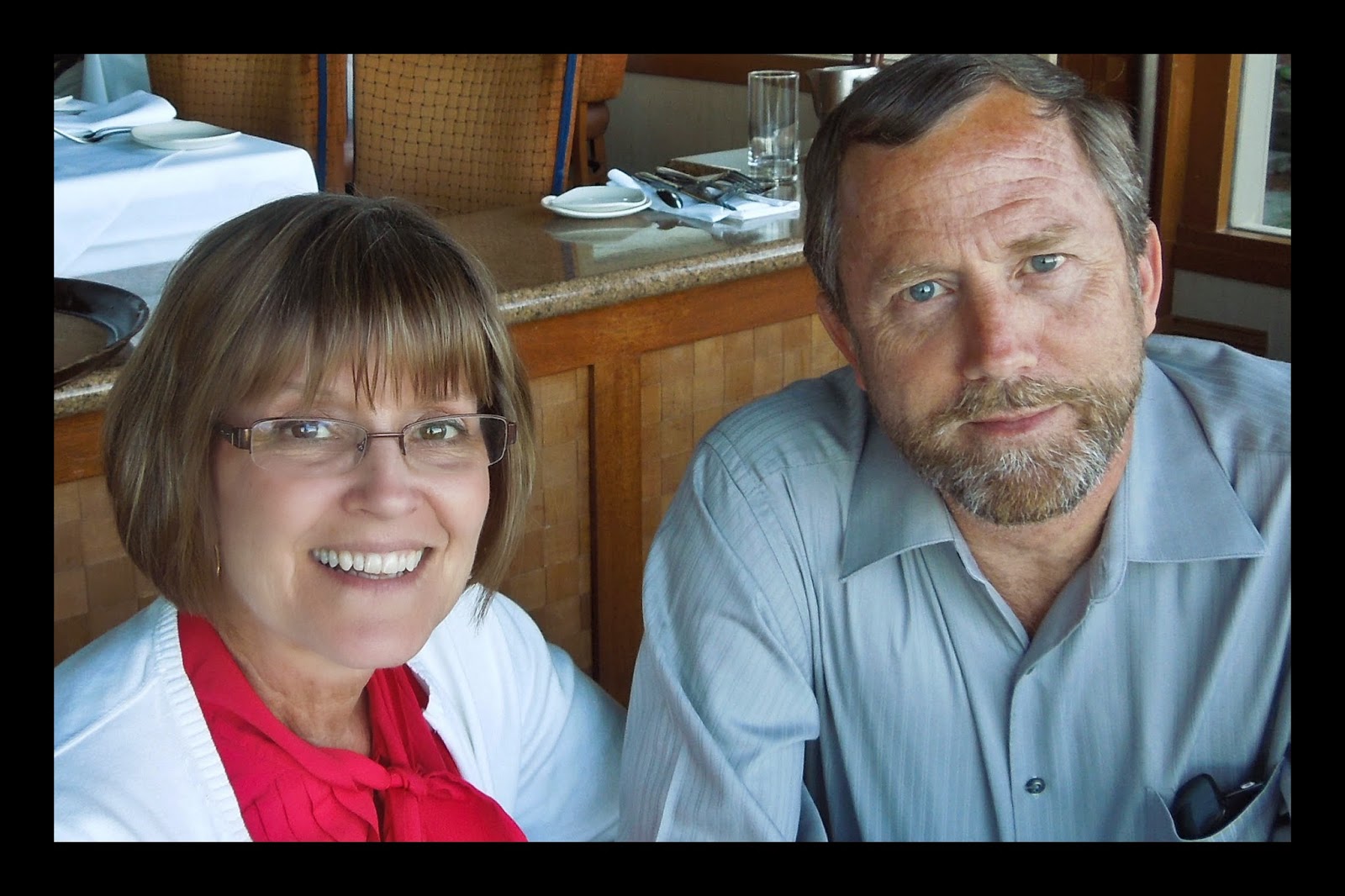 40 Years!!!
We started the day with a hike in the Gorge and finished with a dinner at the Charthouse overlooking the Willamette, Portland and Mt. Hood.
Posted by Vicki at 9:27 PM 1 comment: