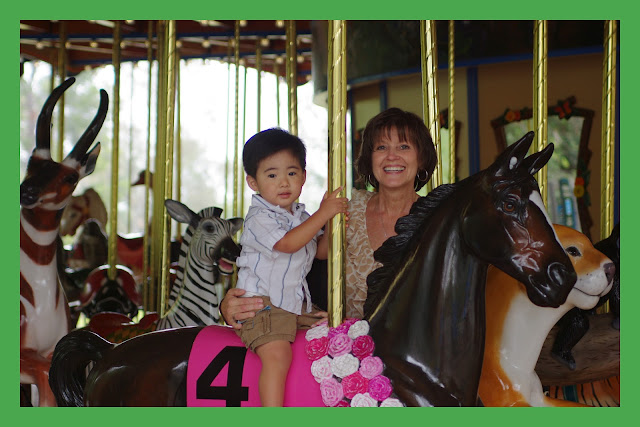 Last week, I went to Winnetka, CA to spend some time with Gabe (Dennis and Abby too, of course!).  Four of the days I was there I got him all to myself while his Mom and Dad went to work.  We had such a great time together.  It is so awesome to me that he remembers me now and we don't have to spend time getting reacquainted.  The minute I walked through the door, he yelled out "GRANDMA!" and gave me a big hug.  AWESOME STUFF! 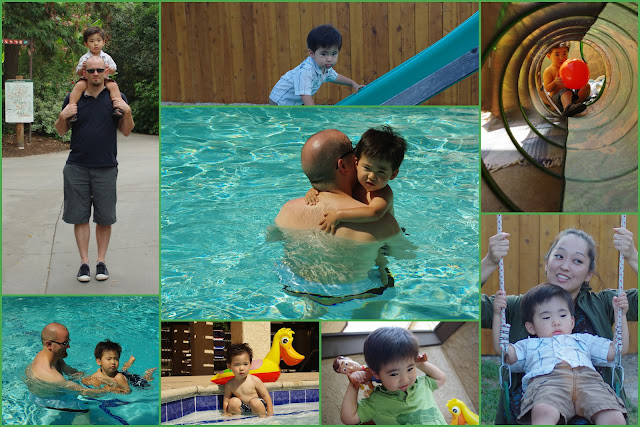 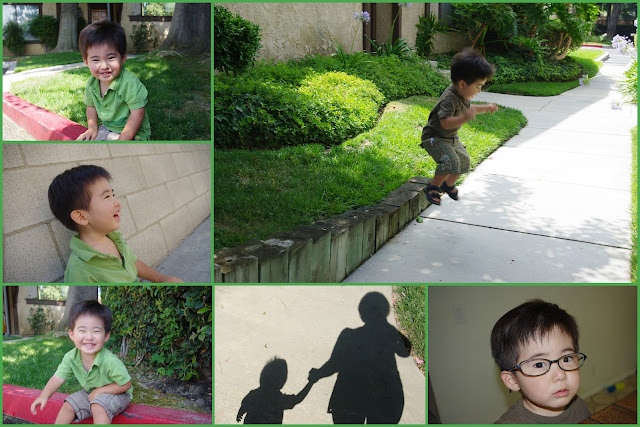 He really likes to be a joker and just cracks himself up!  (me too!) He thought he was so hilarious while we were waiting outside for his parents to get home, he pointed at a car and I said "that's not them!' and he would just  start laughing, one time he was laughing so hard, he fell off the curb we were sitting on. He did it over and over and OVER!
Another day his riot was when he jumped off  a little log wall (above).  I liked how it looked when I took the picture, but in my usual fashion, one picture is not enough, so I asked him to do it again, from then on, he would walk to the edge and STEP off...just to get me to say "that wasn't a JUMP!"  and as with the day before, he did it over and over and OVER! 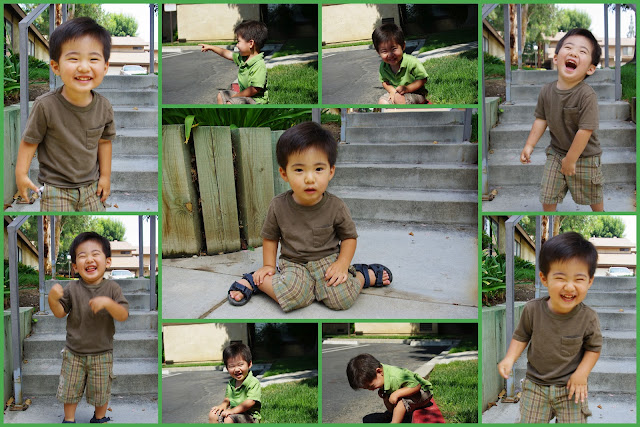 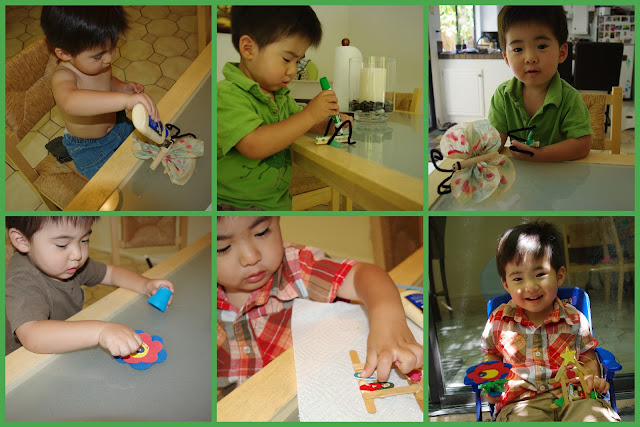 Each of the 4 days we were alone, I had a little craft planned out to keep us busy.  He really got into it.  We made a Butterfly & Grasshopper from clothespins, a Flower with a button center in a little pot and a Nativity scene. 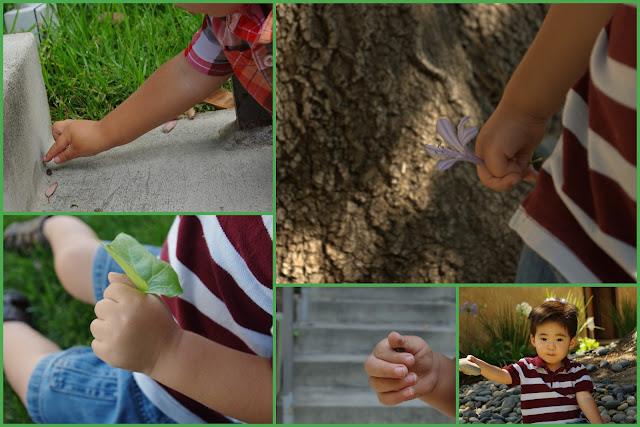 We walked around outside a lot.  I noticed he always likes to have something in his hand, he prefers a flower, the tinier the better, but will settle for a leaf, a rock or any kind of bug.  He was so fascinated by the bugs he would see and thought the rolly polly bug was a ball, until it unrolled and began to crawl in his hand. 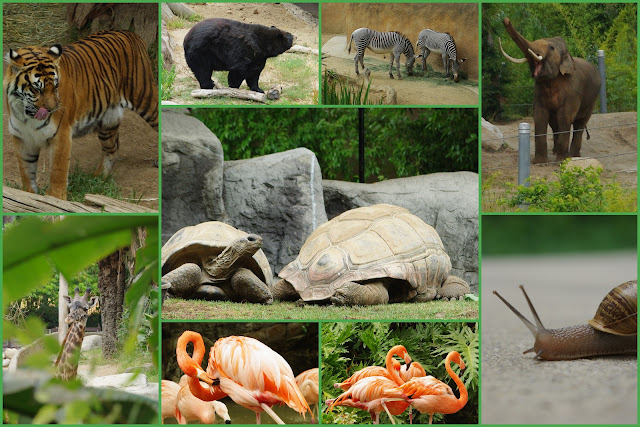 They didn't have work on the 4th, so we all went to the zoo for the morning.  I am pretty happy with the way my animal shots turned out.  It was overcast and early, so the animals were all outside and showing off, some of them were just getting fed, so they were pretty lively.  We finished off the day at their friends home for a BBQ.  Fireworks were seen from the car all around the horizon as we drove Gabe home to bed. 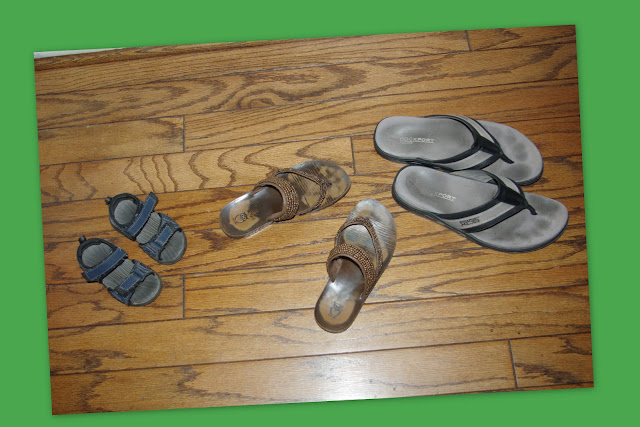 I sure wish this little family lived closer so I could spend more time more often with them!!!
Posted by Vicki at 10:06 PM No comments: