A few months ago, I blogged about the sadness of seeing our friends Fred and Pat endure the horrible news that their son had suddenly died. No warning, no time for one more goodbye, only that he was gone. He left them with his 6 year old daughter. As Pat and Fred began the difficult task of trying to heal, to move ahead, they also had a granddaughter to help through it as well.

For reasons we will never be able to understand, last week, Fred suddenly left us too.

He was a member of the Patriot Guards. http://www.patriotguard.org/ 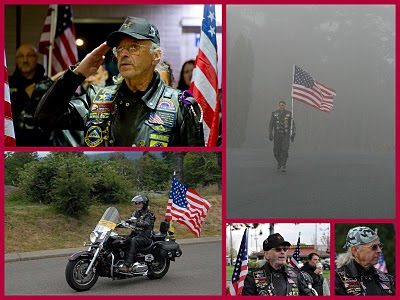 (I did not take this set of photos, they are from the Patriot Guard site about Fred)

It is a group of people who ride together to support the families at the funeral of those who have served our country in the military, some killed in action, others retired. They ride their motorcycles to the funeral and then stand silently holding their flags during the service. Fred was a dedicated member who rode with them as often as he could, which meant he was riding at least once a week. Last Friday, he was on his way to attend a funeral when he was hit by a car and died. It comes as such a shock to a family who is still reeling from the shock of losing their son and brother just months ago. 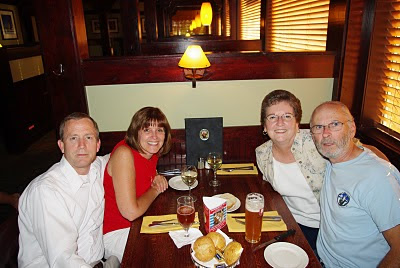 This photo was taken at our last dinner out on Fred's birthday. Fred was John’s closest friend. They have known each other for years. They met at work. Both meat cutters and both were working at what was called Waremart way back when. Their store was way over in Hillsboro and so they ended up car pooling. It was at least an hour each way, (John’s description of the drive… 26 potential traffic light stops and 42 miles one way). That was plenty of time for them to really get to know each other over those years and build their friendship. Eventually, the company bought Cub Foods, they were both transferred to Cub Foods in Gateway, and Waremart and Cub Foods became WINCO. Then when WINCO opened in Gresham, they both transferred. Sometime in there, I got to know his wife, Pat, as well. The four of us hit it off and we spent a lot of time together, going out to dinner, to each other’s homes, to the weddings of our children, enjoyed the births of grandkids, they were amazing dancers and talked us into going to dance lessons with them, we even went to Vegas together. Five years ago Fred retired. They loved their new life and were helping John count down the days until he retires too. Please remember Pat and their two daughters as they continue to come to grips with the reality of what they have to deal with day by day.

The graveside funeral was Thursday. Now who would have ever thought you would come away from a funeral AMAZED??!!! Well, that is just how it was. I have never seen so many motorcycles in one place, I heard there were about 125, but it sure seemed like more to me. The Navy sent a bugler, the Oregon Guard had rifles, and not sure which branch it was, sent some hummers and representatives. The Patriot Guards had a bagpiper. It seemed as if we were at the funeral for the President. The Patriot Guards met at the boat ramp near where the cemetery is; I figure that the line of motorcycles and cars was about 2 miles long, maybe more. They all rode out past the house where Pat and her family were waiting to go to the funeral home along with the Missing Man Formation. They lead them all back past us at the cemetery continuing on to the funeral home and the Patriot Guards pulled into the cemetery and started getting in place for their return. So many flags! They lined up along the gravel driveway and waited. On Sunday, they held a memorial for him at their church. Again the Patriot Guards were there lining the driveway into the church. Normally, they never attend the service they are standing for, but this time, since it was one of their own, most of them came on in once the family was seated. The church was filled and some even had to stand. Both services were such a beautiful tribute to Fred. 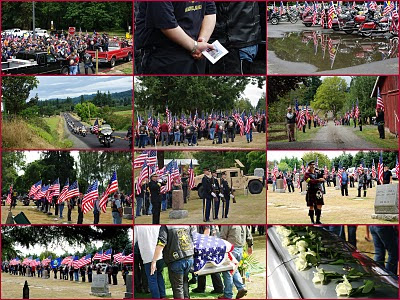 So many times when a person dies, everybody ends up making that person bigger and better than he really was, you never again hear a bad word about him and so many times, the person becomes a sort of hero. Well, as the word began to spread about Fred and people came to remember him, sharing their memories and feelings for Fred, he did become a hero. We all enjoyed Fred and each of us knew he was a special person, very unique, very much himself, a dedicated Christian man, a husband, father, and friend. But even Pat says she has been overwhelmed with pride for Fred with it all, seeing how much and how far Fred touched. As everyone shared, it was genuine real memories, not blown up or glorified words, it was real, just like Fred was, I think even Fred would be amazed at how much bigger and better his impact on others was, more than he even would have imagined himself to be.

Another thing about Fred…He read my blog. He didn’t just take a look at it now and then, he was a REGULAR. And he didn’t just look over the pictures he READ it! When we would get together, before I even had a chance to say something about what we had just done, he would be asking me questions about it. He always told me that I should be a writer. That always made me feel good. I am really going to miss my biggest blog cheerleader. 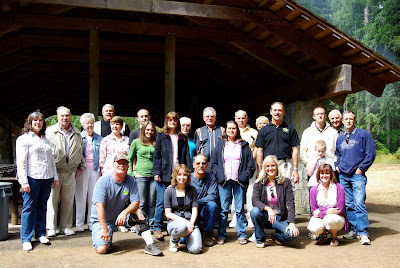 The picture looks way better if you double click on it to see it bigger.
The years have gotten away from us as my cousins and I have grown up. We used to get together ALL the time. My childhood memories of times spent together are so good. But like so many families, as kids grow up and move away, get married, have their own families, we started to lose touch. We would hear bits and pieces of how each other were doing through our Moms, but we have not seen each other in a very long time. Sadly, the last two times I have seen most of my cousins have been at funerals. Not a good time to spend 'catching up'. So finally, with the prodding of my Mother, my cousin Susan and I managed, via Internet, a few phone calls and one meet up at Edgefield, to get the invitations out, the food planned and a reservation made. The day arrived last weekend that most of us managed to set aside a few hours to reconnect. It was a good day. Seven out of 12 cousins made it. And of course we are all saying that it CAN NOT be that long again before we make plans to meet again. Hopefully, the ones who did not make it will find a way to plan us in and be there with us next time! 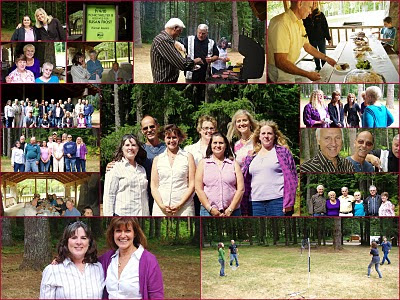 On the Dixon side of the family, we had a special visit from John's sister Sheila and her daughter Ann. Again, like with my cousins, it has been way too long since we have seen each other. We we happy that she took the trip over from Payette, Idaho. 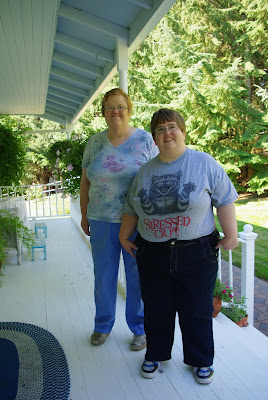