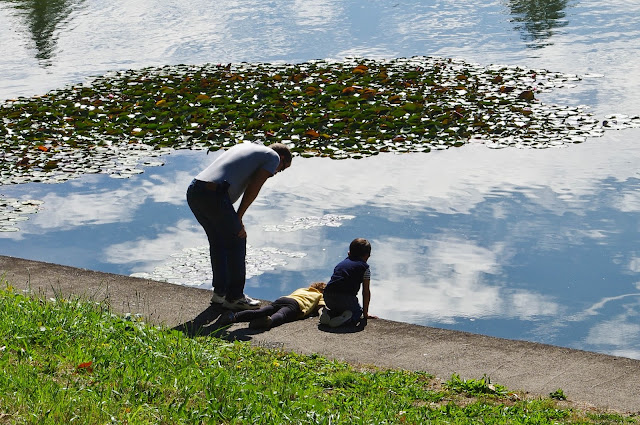 September still felt like summer.  The dry warm sunny weather stayed even though the leaves were beginning to change color.  Josiah and Arianna both started pre-school.  The first school event was the Teddy Bear Parade in Gresham.  Grandpa and I got to take them to it. 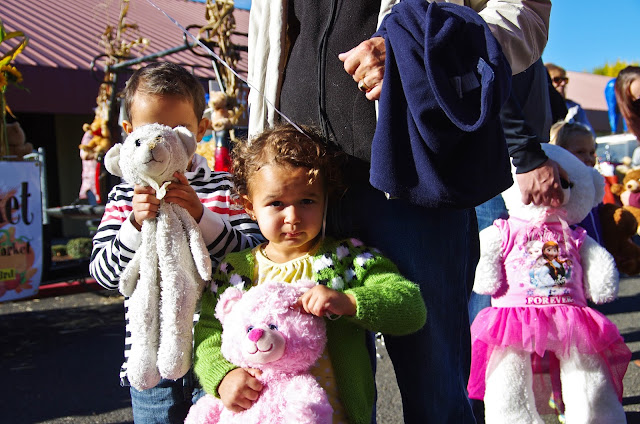 One day, I even had Lina all to myself while the older two were in school. 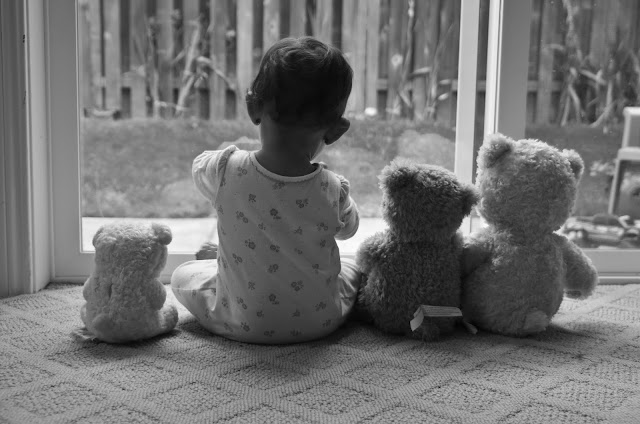 My friends Maria and Alison, friends since we met at Outdoor School in the 6th grade, met up for a glass blowing class.  We all made pumpkins.  They made the traditional colors, but I decided I needed a purple one. 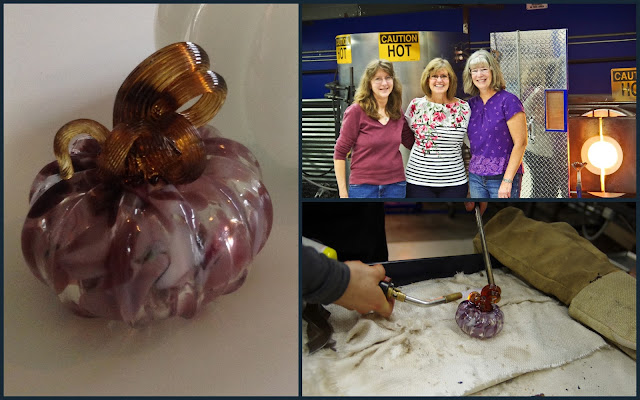 And then sometime in the month, the rain began.  It seemed as if all the rain had been storing up for a huge rainstorm.  It poured!! 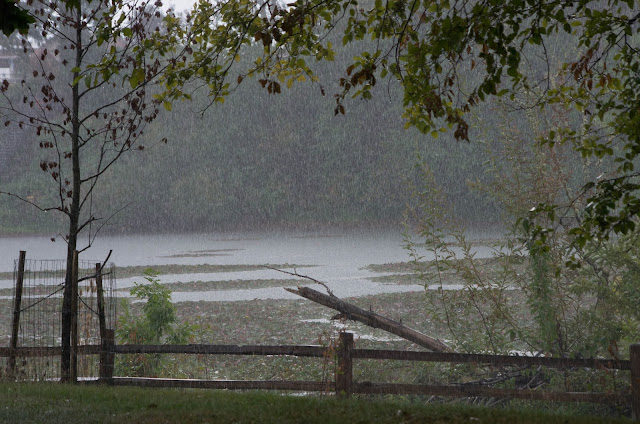 I just happened to be at the park for my walk when it decided to dump down on me. 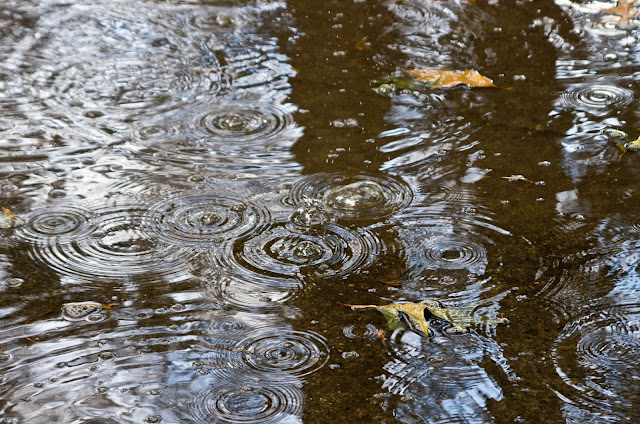 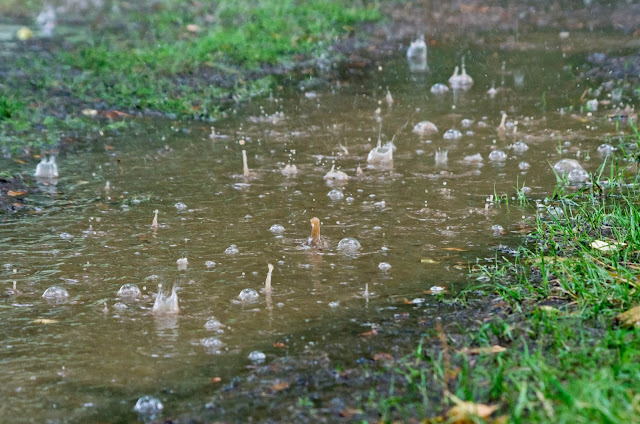 But the change of weather has also brought a few new birds to the park. 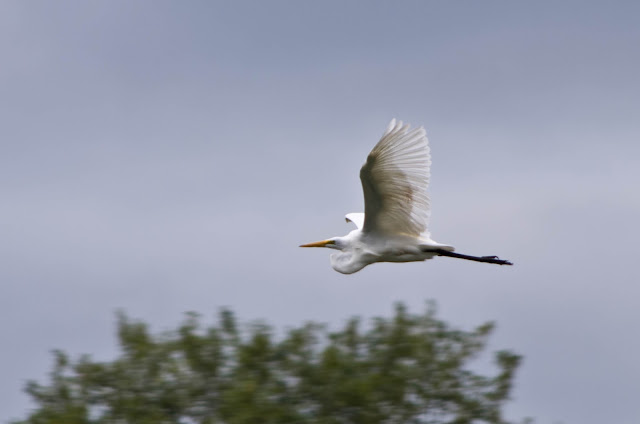 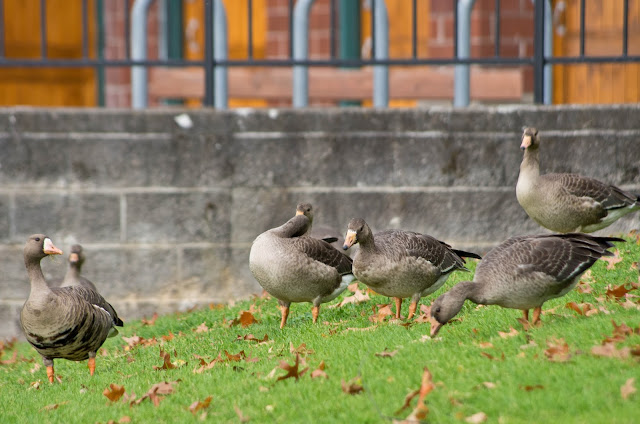 Even though it has poured rain off and on in September and October, the lake is still dry enough to walk the full way around it.  Those logs are normally under water. 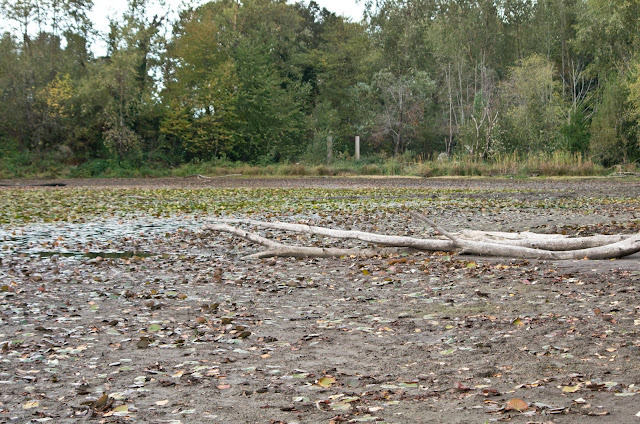 The park is starting to close up for the winter.  Sure it will be open to visitors, but they have everything all stored up and ready for the cold weather to start. 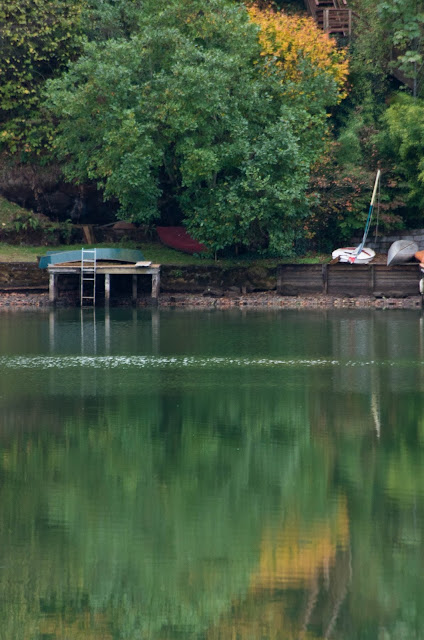 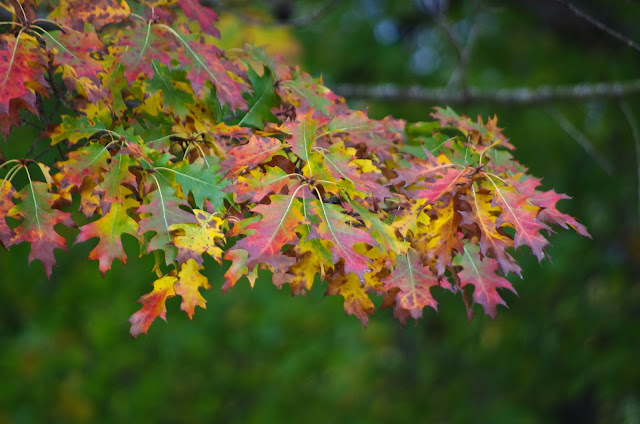 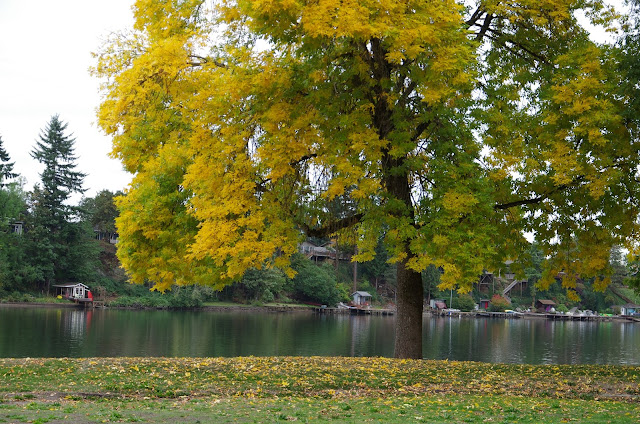 The sky is full of geese heading here and there.  Sometimes their sounds are so loud that is all you can hear. 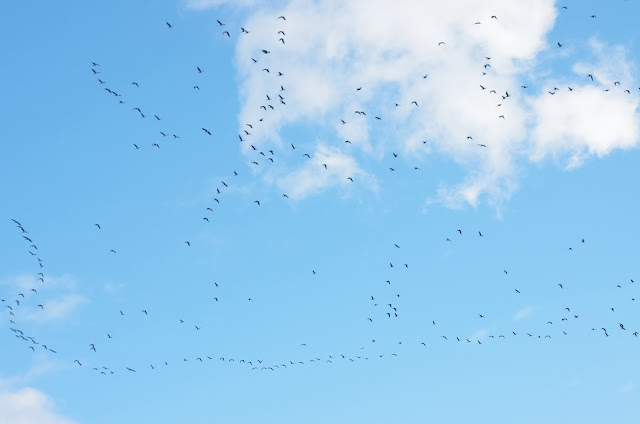 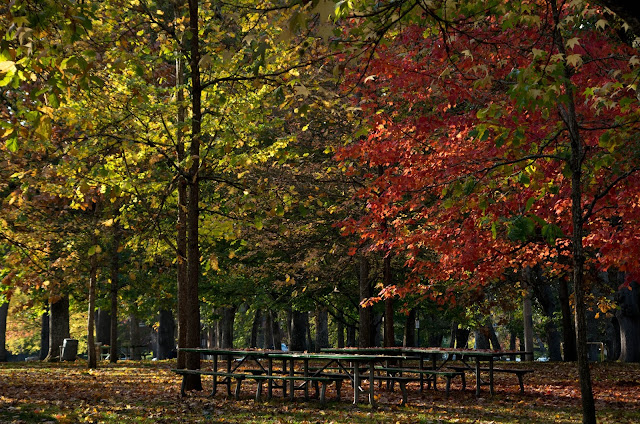 Emily had her district meet in cross country.  She helped her team to their school's first win in 12 years!  They came in 3rd and will be going to the State meet! 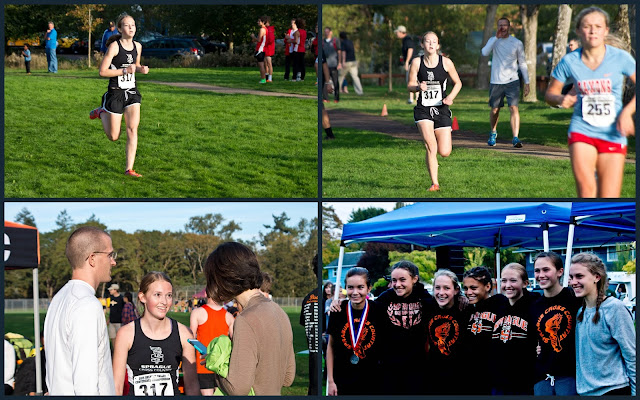 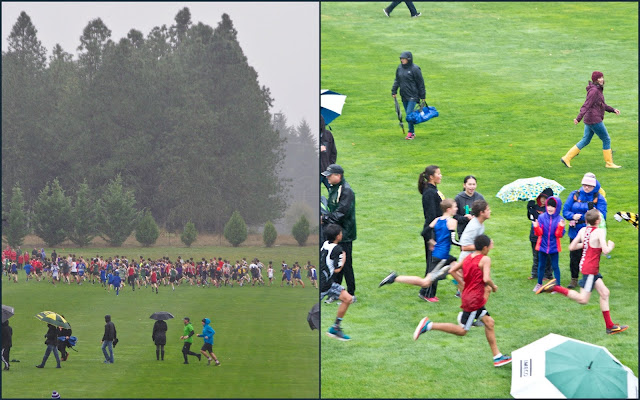 Josh competed in two meets a week later.  First was the Nike Elite Meet.  It poured rain, sideways rain with the wind blowing it so hard that you could not keep your umbrella straight up. He placed 45 and came away with a medal for finishing in the top 50.  Two days later he competed for his school team at district. 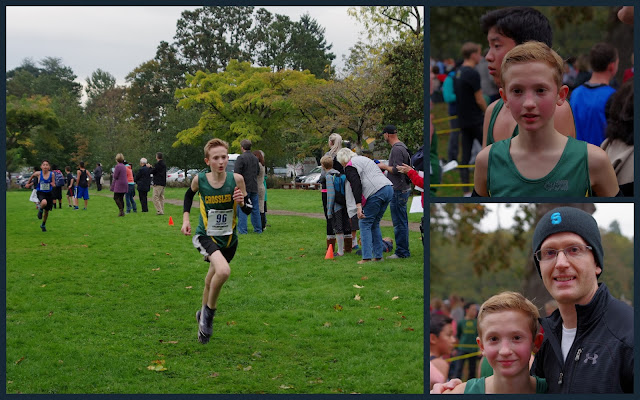 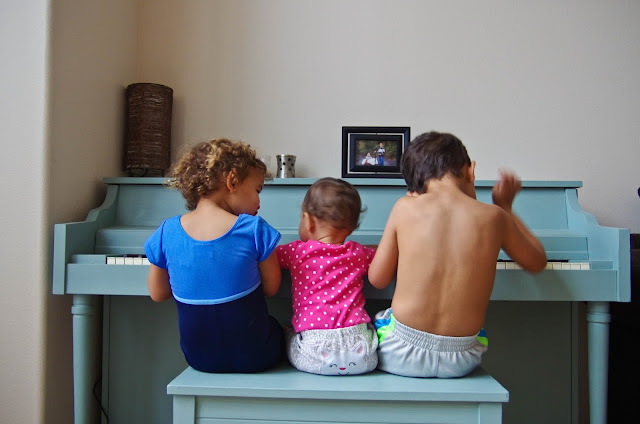 And then there is the time I get to spend with these 3... 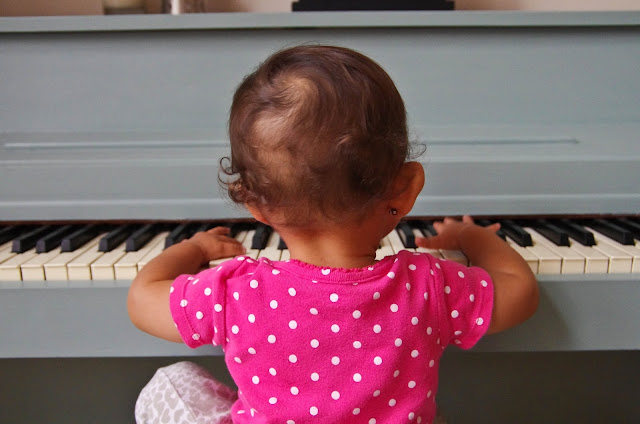 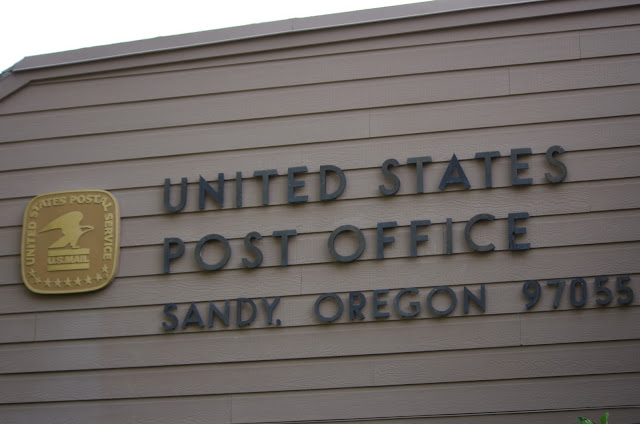 And the reason I am so late in posting September and just added it to October?
WE BOUGHT A HOUSE!!!
The last two months have been packed with looking at homes, deciding on which to buy, getting rid of the furniture that I have had forever and shopping for new things to make this place our own, then packing up the home we are living in.   Move in starts tomorrow with just a few things when we get the keys.  The actual moving day is Saturday when the movers arrive with the truck.  This house is on the Bluff in Sandy with the most amazing view of Mt. Hood and the Sandy River below.
I can not believe that I get to live there!! 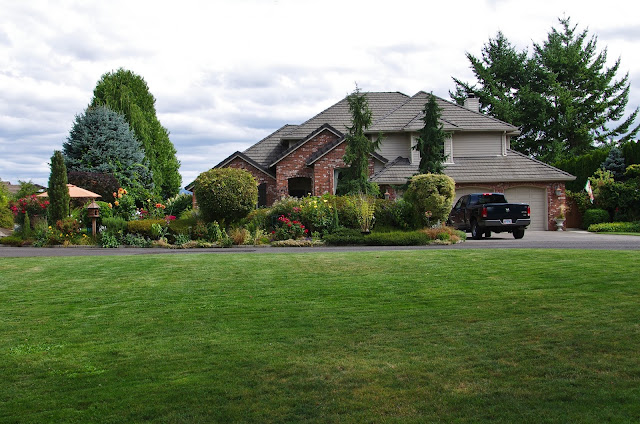