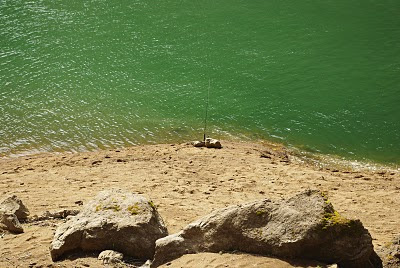 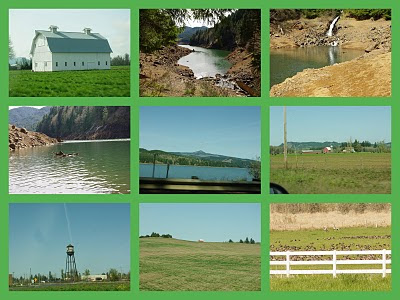 It is Spring Break here. So while John sr. and Rachel had to go to work, John and the kids and I went to their top secret fishing hole for some fishing . John packed up a picnic lunch and we headed out to our undisclosed destination, he patiently stopped every now and then for me to take a picture as we went. You can see that the water level was down, when it is full, it is almost up to where the pipe is and all that bare ground is under water. Usually by now they have let water back out of the dam, but since it was my first time there, I didn't know the difference and I thought it was beautiful. Not sure if you can see the bottom left hand photo, but there was a field of Canadian Geese he stopped to let me take pictures of...I didn't notice until I got home to see them on the computer that even better than the geese are two deer in the background! Double click on the picture to see them larger.
Posted by Vicki at 9:49 PM No comments: 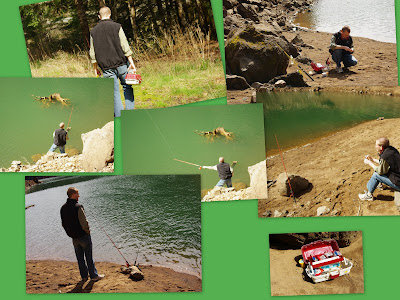 John loves to fish, he liked to fish when he was a kid, he fished in high school and he has made sure his kids learn to fish too. After our drive to the fishing hole, he wasted no time unloading his gear and getting the hook in the water...then sat down to wait it out. Everyone knew as soon as they got a glimpse of the water level that it was not going to be a successful day, but that didn't stop John from trying. They have learned from experience that when the water is this low it is going to be a picnic only day. It didn't keep us from having a great time anyway...it was warm and just relaxing to be out there.
Posted by Vicki at 9:44 PM No comments: 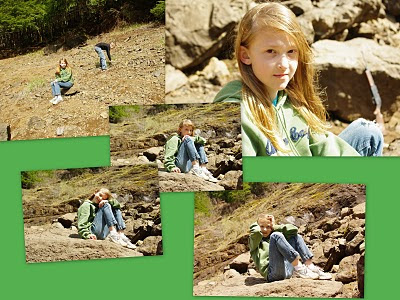 While her Dad went right to getting the poles set up, Emily went right to lunch...and then found the perfect rock to wait for a fish to bite. 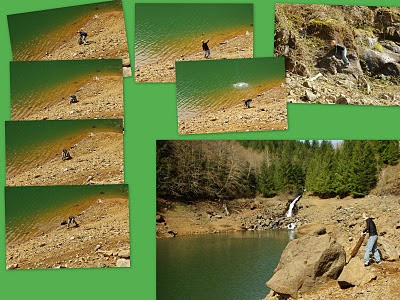 Joshua waited out the time doing what he loves to do...climbing rocks, throwing rocks, collecting rocks and would you believe he really thought he could roll that huge rock into the water?
Posted by Vicki at 9:40 PM No comments: 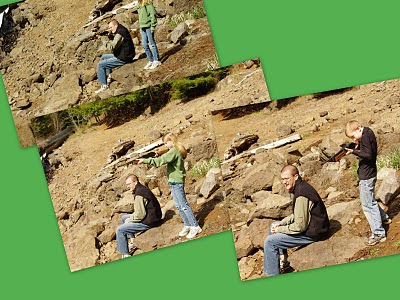 John brought along his BB gun that
he got for Christmas when he was in the 5th grade. Everyone got a chance to shoot it. I'm happy to see that some kids just don't outgrow certain things.
Posted by Vicki at 9:38 PM 1 comment: 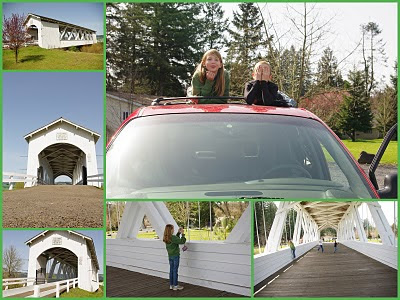 On the way back, John took a detour so that I could take some pictures of
a covered bridge.
It was an awesome day!!!
Posted by Vicki at 9:33 PM No comments: 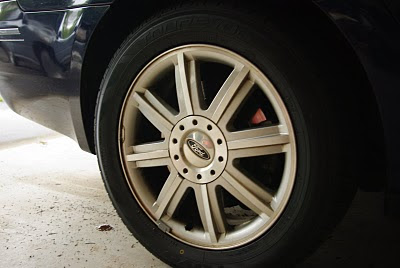 I lead a class at the Red Cross on Tuesday night. It is about 45 minutes from home. Class was over just after 8, earlier than predicted and I was heading home on Hwy 84 when I started hearing a strange noise. It got louder and louder...I realized it must be my car and so I headed over to the side and then it dawned on me that it must be a flat...so I pulled off the exit right ahead of me. I would have expected the car to be hard to drive and the tire to flop around, but it was just fine, except for the noise it was making. I found the flattest spot I could to pull over and call John. I was moved from being one who was teaching others to help to being THE ONE who needed help! I didn't like it at all! I didn't think John should come all the way in to help me, and knew that I could get it done be before State Farm sent somebody, so I just went for it. I opened the trunk, pulled the spare out...first time it has been out of the car, in fact...read the directions by the light of my headlights on how to use the jack and started cranking, all the while hoping somebody would take mercy and stop to help me...I managed to get the car all the way jacked up and was working on how to get the hubcap off to get to the lug nuts when finally help came!!! My hero was a Roto Rooter man on his way home from work. Jeff was his name. He even came equipped with fancy signs he put up in the road to get the cars to move over a lane! OK...so by looking at the picture, where would you have tried to get the hubcap off? I had been trying and trying right there by the tire...good thing Jeff my RR man stopped...the hubcap is that tiny little disk with the dots on it! He popped it off in seconds. I could have been there for hours and never gotten it off if I had continued where I was working. Oh well, maybe I would have figured it out. In just minutes Jeff had the lug nuts off, I gave him the spare and he replaced the lug nuts, tightening them all up, tossed the flat tire in the trunk and waited for me to pull away before he removed the signs he had set up for me. What a guy!

So next day, I head into Les Schwab to get new tires...I looked around for somebody who may have taken the Red Cross CPR class as I was handed a bill for almost $900 for 4 new tires and an alignment!!! 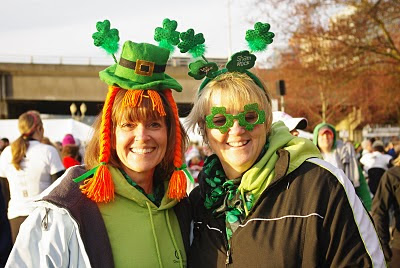 HAPPY ST. PATRICK'S DAY!!! Sunday, Lindy and I did the Shamrock Walk in Portland...there were thousands there doing different races, 3.5 mile stride, an 8K run, a half marathon, etc. We did the 3.5 mile stride. Everyone showed up in some sort of green...and some went all out...green tutus, green tights, green hair, wigs and hats of all sizes...it was pretty festive. We had to get up at the crack of dawn to make the MAX to take us downtown to the waterfront. Add on that it was Spring AHEAD time on the clocks...it was pitch black when we left. Oh well, it was so much fun! With our maiden name being McCool, we had to take part, right?